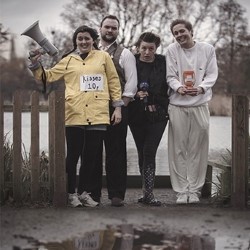 The sketch comedy quartet return to the Fringe with a show that addresses the burning issue affecting provincial communities across Middle England: the village pavilion. With awards from the likes of Dave's Leicester Comedy Festival and appearances on BBC Radio 4's Sketchorama notched on their bedpost, join the effervescent foursome in this fictional fundraiser for an unworthy cause. Expect sketches. And a raffle. 'Mixed Doubles serve up a blinder of a set' (BBC Radio 4). "ACE! Unbridled fun from start to finish" (BroadwayBaby.com).