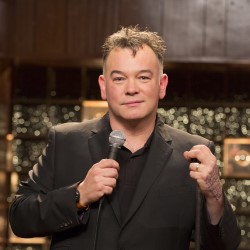 New material in preparation for the next series of BBC Two's Stewart Lee's Comedy Vehicle. 'What is exhilarating is how many surprises he still throws in and how deft his jumps are from one tone to another .... invigorating' **** (Times). 'More skilful and playful than ever' ***** (Guardian). 'Stewart Lee is not funny and has nothing to say' (Daily Telegraph). Stewart performs 60 minutes of his current 180 minute material bank daily. Different days may feature the same material. Or not.