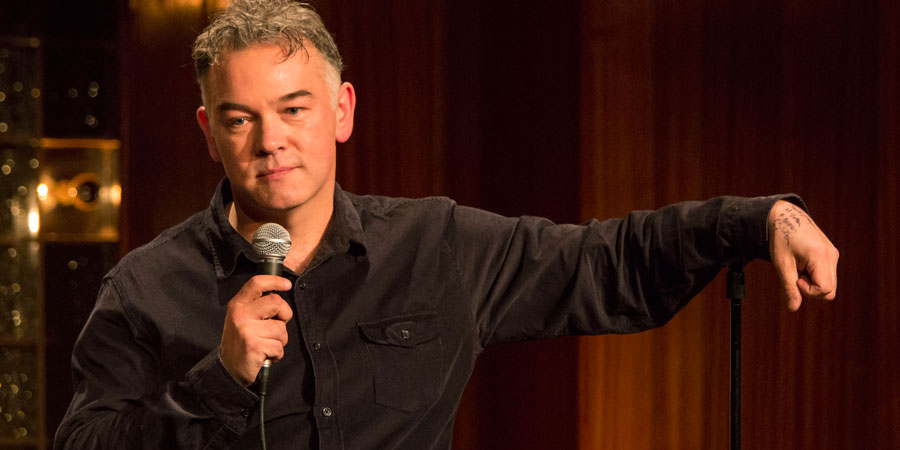 Stewart Lee's Comedy Vehicle marks the return to television, after a decade's absence, of one of the finest stand up comedians working today. The series sees Stewart tackle a different topic each week in his inimitable fashion - all of it thoughtful and challenging.

The show is recorded at the atmospheric Mildmay Club, a working men's club in Newington Green.

In Series 1, Lee's stand-up is broken up by sketches related to the stand-up topics. In the second series, Armando Iannucci punctuates the stand-up performance with searching questions for the comedian that ensure he keeps his feet on the ground. Series 3 onwards sees Chris Morris take over the interviewer's role.