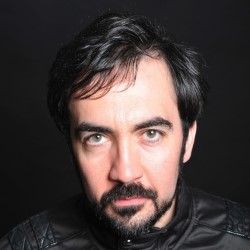 This show is a true account of the events surrounding Stephen Carlin according to Stephen Carlin. With subjectivity and a lack of verifiable evidence, we bring you the life and times of Stephen Carlin in all its wonderful technicolour. Now if everyone will suspend their disbelief for an hour, then we can get on with the business of entertainment without pesky facts getting in the way. Fun without facts. The way God intended. ***** (Herald).