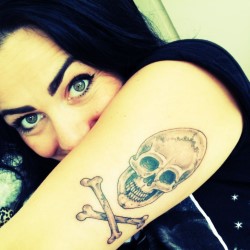 There's a lot to live up to as a 21st century woman - having it all isn't quite working out. She may not be the perfect, organic cooking, PTA-attending, yummy mummy - appearing at the school gate looking like she's doing the walk of shame and cutting her son's hair with her bikini trimmer - but in the deeply unequal world of parenting, straight-talking, tattooed, rule-breaking Julia is still World's Best Dad. Julia Sutherland's Fat Chance, BBC Radio 4, The Good, the Bad and the Unexpected, and Funny Kind of... series, BBC Radio Scotland.