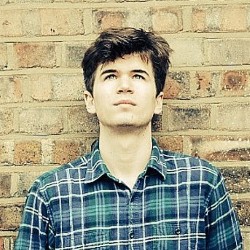 It's time for album three (Queen Is Dead, OK Computer etc) from Graham after last year's critically acclaimed Bow Ties And Johnnies. More of the same furious self-deprecation, plus a tentative peek into uncharted territories including politics (what?), the meaning of life (no!), and, best of all, criticising other people and their habits. And of course, the usual niche football reference (Espen Baardsen?) for the lads and polite thank-you letter for the mums and grans.

As seen/heard on BBC3's Edinburgh Comedy Fest Live and Sweat the Small Stuff, Comedy Central's Live at the Comedy Store, Five Live's Fighting Talk, and XFM's Josh Widdicombe Show, and still the youngest-ever (18) winner of So You Think You're Funny?; an increasingly forgotten and irrelevant achievement as he hits his mid-twenties, but a record nonetheless and one he'll keep on banging on about for as long as it's true. Do come along and see the show, it's going to be a belter.

Since leaving university in 2012 he has become a regular fixture in the clubs and theatres of the UK comedy circuit, with a gauche charm and crafty, self-aware wit which has proved a hit with audiences of all ages, His two solo hours, 2013's Binoculars and 2014's Bow Ties & Johnnies, had sold out runs at the Edinburgh Fringe and London's Soho Theatre, and received a clutch of four and five star reviews.