2015 was the year that it almost seemed odd to still be doing a show in a paid venue, the major names aside, such was the exhaustive line-up of well-known comics on the free stages. It's tough enough selling tickets, but can be pretty much impossible when you've got a Fringe favourite doing a show for nothing down the road. And often in a nicer room, too. 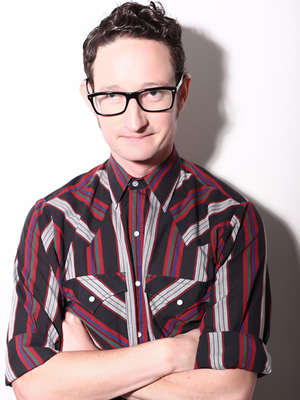 A big backroom-of-a-pub-with-a-bucket fan, having grown up in one (a pub, not a bucket), James Dowdeswell has come up with a foolproof format in which he and the audience work out what would make up the ideal hostelry. Perfect Pub is similar to Mark Thomas' Manifesto in many respects, but rather than new rules to change the nation they just suggest better ways to get bevvied, as the drink-savvy Bristolian riffs on the weird and wonderful responses. What a person would put in his or her pub really can tell you an awful lot about them. But did Dowdeswell and that slightly scary woman from the audience ever make it to the legendary Marksman in Leith?

There are downsides to the anyone-can-wander-in approach. I thought Mae Martin's Us was well worthy of an award nom, and it'd be ironic if it turned out she'd been squeezed out by Trygve Wakenshaw's Nautilus: that mysterious mime affair unwittingly interrupted her City Café gig on the penultimate Saturday, when two young dudes inexplicably sat in her front row despite having to leave to see Wakenshaw's show halfway through. Nautilus became her nemesis.

Still, that engendered an even-more-supportive-than-usual audience response (Tom Conti was the most intriguing attendee), and rightly so, as Us is a bravura show, with a fine message, fabulous wordplay and an extraordinary penis story. No songs, admittedly, but proffer folding money and she'll hand you a download code for the album, which is similarly covetable.

Wil Hodgson and Mike Wozniak both endured rooms that suffered a fair bit of extraneous noise from elsewhere, but thankfully both acts are more than engaging enough to rise above it. Wozniak tells a spellbindingly brilliant shaggy cat story, while Hodgson's is a more thoughtful trawl through his own brain: candid, clever, and definitely worth catching (as near to the front as possible).
Then there's the people-randomly-wandering-in effect. Tiernan Douieb is clearly enjoying his wonderfully negative-sounding but actually hearteningly positive show (The World's Full of Idiots, Let's Live in Space) about Earth, life and everything; so much so that the bewildered folk regularly meandering into his room near the end are politely redirected to the right venues by the genial host, without so much as a diss about their dress sense. A full room and bucket can do wonders for your mood. 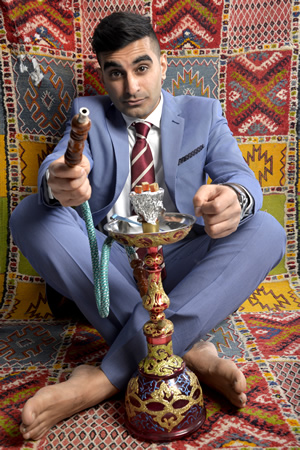 Ironically, one of the early pioneers of the free approach, Lewis Schaffer, is actually doing a paid show this year, if only for a fiver, which I might have seen if he wasn't so bizarrely, er, let's call it irascible, when I strolled in one afternoon. He is pretty good in Giant Leap though, a claustrophobic play about the guys who wrote Neil Armstrong's famously fluffed line when he stepped onto the moon - if indeed he did step onto the moon. Phil Nichol and Tom Stade are even better, and the script swings from sweary laughs to sinister politics.

Speaking of which, Mark Thomas is back in the comedy bit of the Guide this year, with Trespass, a stunt-heavy attack on capitalist gentrification; but he did recommend a couple of excellent selections from the theatre section. Comic-turned-thespian Gary McNair's A Gambler's Guide to Dying is a delightful tale about his garrulous granddad, and Portraits in Motion follows flipbook maestro Volker Gerling's pictorial journey from Berlin to Basel: witty, moving, memorable stuff.

Back in the comedy section and one act I thought was a decent tip for a Best Newcomer nomination was Tez Ilyas, whose show TEZ Talks has garnered some tremendous reviews. It's a brave idea for a debut show, as Ilyas mock-converts the whole audience to Islam. And the show took a good few rewrites to get right, apparently, as early audiences weren't going for it. Now the balance is spot-on, as Ilyas keeps it fun for 50-odd minutes, then launches into a surprisingly emotional speech about being a Muslim in Britain. The reactions have been quite extraordinary: lots of tears, even from fellow performers.

"I had Hardeep Singh Kohli in the other day, and at the end he gave me a big hug and was a bit emotional, it really affected him," Ilyas told me, shortly before I saw the show. "I had a young gay comic come in, and he was really affected by it as well, this aspect of feeling a bit 'other.' That's exactly how he's felt his whole life."

And a quick round-up of the best stuff I've already mentioned elsewhere. Tommy Tiernan shakes off his comfort blanket for Alive in Edinburgh, an intense, visceral new hour every night; forget the Apollo appearances, this is the raw material. The Chicago comic Kyle Kinane is also mixing his set up, just to stay sane: he's a much warmer, more likeable presence than many US comics. Goose is also a force of nature, a super-athletic one-man sketch troupe full of manic puns and energy: brilliantly exhausting. Megan Ford's Feminasty is the perfect way to present a character show, weaving those sketches seamlessly into the feminist theme, and Stuart Goldsmith's hour is a pretty much flawless stand-up set. And, by crikey, he knows how to do a bucket speech.