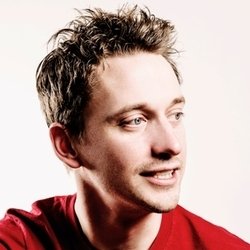 John Robins is one of the most promising acts to appear on the circuit and comedy's best kept secret, with his musings around alter egos, ailments, love, nostalgia & indie-nights, he has it all covered!

With an hour of raucous stand-up for anyone who's tried to live in the moment, only to realise that moment happened over a decade ago. This year John is returning to the Edinburgh Fringe with his brilliant fifth show, Where is My Mind? at the Pleasance Courtyard Attic venue. The show will take a glance at the happiest day of John's life, turning 30 and bodily malfunctions. John will also unveil his self-created rock 'n' roll pseudonym and cover the key issue of how a slightly ordinary name is affecting his showbiz career.

It was just two years after his first gig that John was asked to appear in Avalon's prestigious Comedy Zone showcase at the 2007 Edinburgh Festival, following in the footsteps of Dave Gorman, Al Murray, Russell Kane and Ross Noble. John's performance was singled out for praise "Robins was worth the ticket price alone" (Three Weeks).

In 2011 John performed stand-up on Russell Howard's Good News (BBC Three) and appeared on Sarah Millican's episode of Celebrity Deal Or No Deal (Channel 4). In 2012 he featured on the 8 Out of 10 Cats Deal or No Deal Mash Up (Channel 4). John has written for The News Quiz (BBC Radio 4) and appeared on The Russell Howard Show (BBC 6 Music), The Jon Richardson Show (BBC 6 Music), Word of Mouth (BBC Radio 4), The Matt Forde Show (Talksport), Drive Time (BBC Radio 5 Live) and BBC Radio Wales' topical news show What's The Story?[c/]