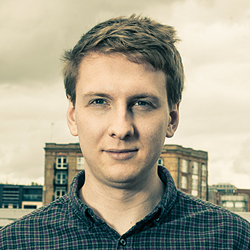 After a triumphant debut show, Foster's Edinburgh Comedy Award Best Newcomer nominee Joe Lycett returns to the Edinburgh Festival Fringe with his brand new show If Joe Lycett Then You Should've Put A Ring On It.

As Joe explains: "This year I'm more petty with more people about more stupid things than ever before. Expect exasperated tales of confusing customer service and fewer stories about my penis. Possibly."

Joe burst onto the comedy scene in 2008, reaching the finals of the Laughing Horse New Act of the Year and BBC New Comedy Awards and securing a string of rave reviews. In 2009 he won the Chortle Student Comedian of the Year competition, and was named Chortle Best Newcomer in 2010.

His debut show, Some Lycett Hot, enjoyed a sell-out run at the Edinburgh Fringe 2012, with Time Out describing it as an 'excellent debut solo show'. Joe was subsequently nominated for the Foster's Edinburgh Comedy Awards Best Newcomer accolade, and he was also nominated as Best Compere in the Chortle Awards 2013.

He regularly appears on Celebrity Juice (ITV2), 8 Out of 10 Cats and Never Mind the Buzzcocks (BBC Two), and is a regular contributor on Josh Widdicombe's XFM show.