The man who famously impregnated Elizabeth Hurley and then denied it has jumped to his death in Los Angeles. I sat next to him at a concert once and he acted like a spoiled brat.

I am today able to report that Lancashire Police, following consultations with Greater Manchester Police, the Aviation Authority and the Crown Prosecution Service, have decided that no crime was committed.

The man responsible for expressing his opinion in that unusual way later posted on Facebook, "I'd like to take this time to apologise... to absolutely f***ing nobody!"

Many supporters of the "Black Lives Matter" movement took offence at the above-mentioned aerially-displayed suggestion that white lives also matter.

How much greater, therefore, must have been their outrage when that movement and the people therein were apparently compared to another movement, namely that of canine bowels?

The culprit, perhaps surprisingly, is not someone normally associated with racial controversy: it's North Devon Council.

In an effort to encourage people to clean up after their dogs, the council arranged for the display of a goodly number of posters bearing the message "Dog Fouling Matters". Each poster bore an appropriate message plus an image of a large bag of doggy doo doo.

Complainants suggest that the wording of the poster undermines the BLM movement.

The Metropolitan Police were last night defeated, humiliated and effectively "run out of town" by a large mob of unruly types in Brixton.

According to reports, knives were wielded, as were large sticks: bottles were also thrown at the coppers.

22 officers were injured and a police car was kicked to pieces.

Boris has said such people will face "the full force of the law".

Really? People like these Brixton rioters have absolutely no fear of the law or the police.

But you know what went wrong, don't you? Those coppers didn't take the knee.

If only they'd knelt down submissively and then slowly backed away (still in a crouching position) all the way to the police station and let the mob carry on with its activities, there would have been no violence.

You know it makes sense.

It's just coming up to 3 o'clock on a Radio Roodeye and, before the news which will undoubtedly have more details on the 22 policemen injured in Brixton last night and perhaps even details of the government's plans to reduce the frequency of such incidents, it's The Smiths.

Are you sure this actually happened? I've had BBC World News TV on for the past 2 hours and so far we've heard about:
WHO issues coronavirus warning;
Eiffel Tower re-opens;
Achievements of the George Floyd movement;
Film festivals go online;
Pakistan sacking some unqualified pilots;
Israel inflicting massive suffering on wretched Palestinian infants;
China and India having a border skirmish;
Australia and NZ to host a women's soccer tournament;
Social distancing measures in various countries,

Absolutely nothing on this alleged Brixton brouhaha.

Are you sure this actually happened? I've had BBC World News TV on for the past 2 hours

Absolutely nothing on this alleged Brixton brouhaha.

Maybe that's because the BBC are as biased as any other news organization? It made the news in the States:

London (CNN)At least 22 police officers were injured and emergency vehicles were damaged in London overnight, after a street party - illegal under Covid-19 rules - descended into violence.

Officers arrived to break up the event in Brixton, south London on Wednesday evening, but clashes broke out and led to chaotic scenes that have been condemned by the mayor of London and the UK's Home Secretary.

Footage appears show police cars being attacked and officers being chased away by revelers, with some throwing bottles towards the authorities. Unverified videos posted to Snapchat in the area appear to show police vehicles retreating from the crowds in the early hours of Thursday.

"Officers attended to encourage the crowd to leave the location but they did not engage with police. The event continued and more officers attended the scene and the group became hostile towards officers," the Metropolitan Police said in a statement.

The BBC has reported the event here: https://www.bbc.co.uk/news/uk-england-london-53176472

I love the statement from the Metropolitan Police, saying "A small number of police vehicles were damaged."

That's rather like a morale-conscious newsreader in World War II during the Blitz saying, "A small number of cities were damaged last night" when the reality was that London, Birmingham, Manchester and Liverpool had been left in smouldering ruins. (That didn't actually happen, I'm just saying).

So it's finally official

Any criticism at all of Israel , is now to be automatically considered as antisemitic

It was more to do with the approving of Twinks post

For the first time in 30 years!

And they've won it by a mile!

I don't think even their worst enemies will say they don't deserve it.

More than one million dead Americans were sent coronavirus stimulus checks from the federal government worth $1.4 billion, a watchdog agency said on Thursday.

In a wide-ranging review of the pandemic response, a report to Congress found that death records were not used to stop payments to deceased people in the first three distributions of payments under the $2.2 trillion economic recovery program.

Kent police have today raised a "Gypsy and Traveller flag" to show their support for those two communities.

A very similar gesture to "taking the knee" to BLM supporters, I suppose.

Despite making this gesture, however, the force has been heavily criticised by more than a thousand people on social media many of whom suggest the police should abandon their "left-wing woke politics".

The Deputy Chief constable of Kent said, "British policing is by consent and Kent Police seeks to positively engage with all our communities."

He's absolutely right that British policing is by consent these days: any group of people who don't want the police in their area have only to attack them with big sticks and bottles and the cops very wisely interpret that as a denial of consent.

I mean, at what other time in British history has a policeman ever put his hand on a villain's shoulder and said "I arrest you . . ." only to be met with "No you don't, mate. I'm withdrawing my consent to be policed."

Similarly, can British motorists today drive at any speed they choose without fear of prosecution simply by visiting a police website before they get in the car and ticking a box saying "consent to be policed withdrawn"?

Perhaps it works for certain people and not others?

I'll have to do more research.

The University of Cambridge has spoken out in support of Dr Priyamvada Gopal who tweeted, "White lives don't matter".

Not only have they spoken out in her support, but they've also promoted her to "Professor".

Emily Atak has allegedly lost a stone in weight during lockdown - simply by not going to the pub.

The photograph below shows the newly slimline and very beautiful Emily.

But can anyone explain why her left eye appears to be twice the size of her right?

Has that eye been sneaking off down to the pub for a pie and a pint while the other one hasn't been looking? 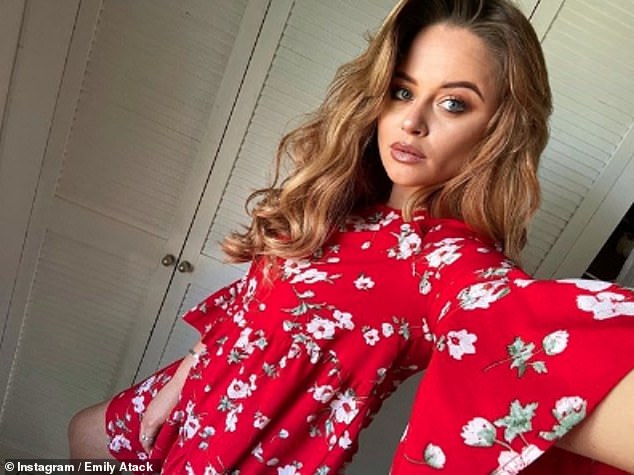