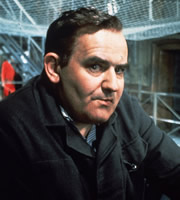 Fletch doesn't see himself as a criminal; he's a career man. It just so happens that his profession is crime... He's been in and out of prison for most of his life and, as such, is one of the more confident and street-wise inmates at HMP Slade.

Fletch is married to Isobel and has three children: Ingrid (conceived on the tomb of Karl Marx), Raymond and Marion. His fatherly nature is revealed in his relationship with the young Godber, whom he has taken under his wing.

Although Fletch has no choice but to serve his time in prison after attempting (and failing) to steal an articulated lorry, he makes his time bearable by winning small victories over the authorities he finds himself under. His nemesis is Mr Mackay, and Fletch revels in any opportunity to show him up.

He's extremely practical, and can get his hands on anything thanks to his good connections within Slade Prison and the respect he's built up during his 'career'. His kindly nature, although masked by grumpyness on occasion, shines through in his care for Godber and consideration for his fellow inmates.

Londoner Fletch supports Tottenham Hotspur Football Club and loves pineapple chunks, which his cellmate Godber steals from the kitchen whenever possible. His daytime work sees him working with the pigs in the prison farm.

Fletch is the hero of the film, despite his criminal background, and his struggle to finish his time in Slade honourably rather than continue with his escape shows the admmirable side of his character. 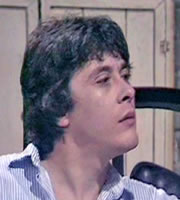 Godber is a first-timer in prison, and finds himself sharing a cell with Fletcher, who (luckily for Godber) takes him into his care. Not only is Godber different to his cellmate in age and experience, but at the age of twenty-three he has decided that a life of crime is not for him.

Slightly naive and hopelessly optimistic, Godber works in the prison kitchen where he is able to acquire valuable commodities, which proves especially useful when paired with Fletcher's old-school business cunning. In fact, Godber proves to be the perfect sidekick to Fletcher, and the two have formed a firm friendship over the years that often resembles that of father and son. Godber hails from Birmingham, has an 'O' Level in Geography and supports Aston Villa football club.

Determined to go straight when he finishes his stretch in Slade, Godber is mortified when he finds himself in the outside world so prematurely. He has less than a year to serve and is determined to get back into Slade to finish his sentence. 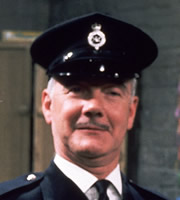 Mackay is a relentlessly tough prison warden who obsessively waits for an opportunity to catch Fletcher in the wrong. Of all the wardens in Slade, Mackay is the least sympathetic and sees himself as a disciplinarian who has been employed to teach criminals a lesson. He's a stickler for order and authority, but fails to ever maintain the respect he feels he deserves.

The warden's Scottish background provides further ammunition for Fletcher, who constantly baits him with jokes revolving around Scottish stereotypes. Mackay enjoys exercising the power he holds over the inmates but, ironically, his lenient colleague, Barrowclough, often holds more sway with the prisoners thanks to understanding and bargaining. Mackay despairs of the mild-mannered Barrowclough and intimidates him at every opportunity. 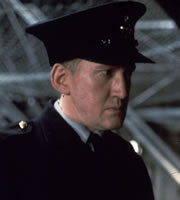 Mr Barrowclough has the patience of a saint and the timidity of a mouse, which proves both useful and a nuisance in dealing with the crafty prison inmates. He is the polar opposite of Mr Mackay, and disapproves of his colleague's attitude towards the prisoners. Barrowclough sees his job as being one of rehabilitation rather than punishment.

He always appears uncomfortable in his position of authority and is constantly manipulated by the inhabitants of Slade, especially Fletcher. Despite this, the inmates have developed a fondness for Barrowclough, respecting him far more than they do Mackay - although that isn't difficult!

Barrowclough's passive and soft approach to the men is seen in the way he expresses his orders: as polite requests rather than strict instructions. We often hear about his wife, Alice, who is apparently even more frightening to Barrowclough than Mackay. He avoids going home at all costs, and doesn't seem to truly belong either in his home-life or in his professional role. This and his low-key friendship with Fletcher demonstrate his willingness to keep the peace and appease everyone around him.

As much as Mr Mackay likes to think otherwise, Harry Grout is the true ruler of Slade Prison. A large, intimidating figure, Grouty enjoys luxury in his lavish cell and controls a number of 'heavies' who do his bidding.

Grouty's official job at Slade is to maintain the swimming pool. Of course, there is no swimming pool in the prison - proof of Grouty's power to manipulate even the clerical workings of the institution he has found himself in.

Everyone fears Grouty, even the confident Fletcher, and he holds an almost Godfather-like status. His empire within Slade includes a drug ring (funded by the doctor's office) and rigged boxing matches. His latest endeavour is to help fellow prisoner, Oakes, escape and he uses his power and sway to organise a football match as cover for the breakout.

Grouty never seems to feel the consequences of his actions, and remains top-dog at Slade.

The Governor is the ultimate authority of Slade Prison but, due to Mackay's determination to exercise his power and his own detachment from the inner workings of Slade, has limited and infrequent impact upon the lives of the prisoners.

Rudge is the new Godber of Slade Prison; he is young, timid and completely unprepared for the environment in which he finds himself. He arrives to serve a three-year stretch for shoplifting and only comes into his own when the other prisoners see his talent for football. This proves useful in the football match organised to enable the breakout.

A violent armed robber, Oakes is a new arrival to Slade Prison but doesn't plan to stay for long. His connections in the outside world lead to the organisation of a breakout thanks to Grouty, and Oakes is soon on the run.

Warren is a complete incompetent. Illiterate and slightly dim, he is an ally of Fletcher, although his contributions are never really useful - it's the thought that counts!

Ives is universally hated in Slade Prison. Nicknamed 'Horrible' Ives, he is a cheat and a snitch and as such often victimised by his fellow inmates. He is serving time for fraud and originates from Liverpool.

Beal is another new arrival to Slade: a young prison warden who, despite advocating a firm approach to the job, turns out to be easily manipulated. He recommends the celebrity football match to his superiors after Fletcher cunningly convinces him of its benefits. It is unclear whether Beal is another Barrowclough in the making (too soft and naive for his role) or merely another Mackay (opting for discipline but failing to see through Fletcher's deceit).