Filming has started on The Lost King, a film about how the bones of Richard III were found beneath a car park.

As revealed in September, the comedy drama - produced by Steve Coogan's production company Baby Cow Productions - has been written by Coogan and Jeff Pope, and is directed by Stephen Frears. The same team made the award-winning 2013 feature Philomena.

The Lost King is based on the true story of how Richard III's grave was discovered below a non-descript council-owned car park in Leicester a decade ago. The movie focuses on the story of Philippa Langley, the amateur historian and secretary of the Scottish branch of the Richard III Society whose passion and drive pushed the project forward - despite objection and ridicule from historians and academics. The king, killed in the Battle of Bosworth in 1485, was successfully exhumed in 2012. 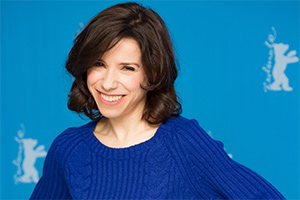 Paddington and Made In Dagenham star Sally Hawkins will play Langley, with Steve Coogan taking on the role of her husband.

According to recent press reports, the excavation scenes - due to be captured later in the shooting schedule - will not be filmed in Leicester but at the National Mining Museum's Lady Victoria Colliery, located in the Scottish village of Newtongrange.

Edinburgh Live spotted that Baby Cow had submitted a planning permission request to dig three trenches at the museum site this April. Filming at that site is planned for the last two weeks of May and start of June. The trenches will be filled back in when production has completed.

Steve Coogan will next be seen on screen in Series 2 of This Time With Alan Partridge, which begins on BBC One on Friday 30th April. He has also been working on Chivalry, a forthcoming Channel 4 comedy drama series that "skewers and satirises the complex state of contemporary sexual politics". 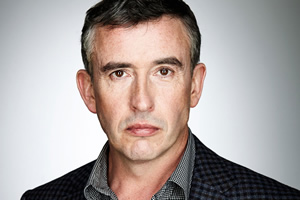