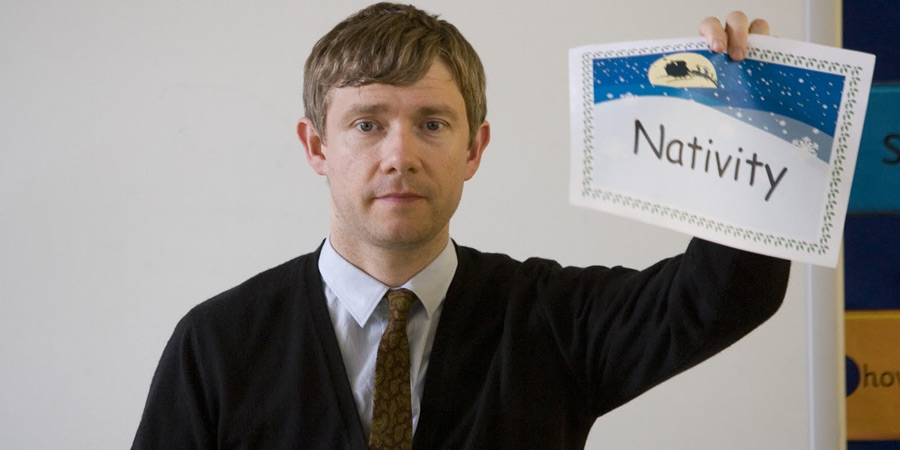 A British comedy film about a frustrated under-achieving teacher trying to put on a festive play. Stars Martin Freeman

Mr Maddens is a frustrated under-achieving primary school teacher. His long time adversary, Gordon Shakespeare, is the teacher at the posh independent school up the road.

Every year, the two schools are embroiled in a bitter rivalry to achieve a five-star review for their Christmas nativity play. Maddens' class always comes runner-up. The story of his life.

This year, Maddens makes an idle boast to Shakespeare that his school's showstopping musical has attracted the attention of his ex-girlfriend, Jennifer Lore - who happens to be a big time Hollywood Producer. They want to make a movie starring his kids - Hollywood is coming to Coventry!

When over-enthusiastic new classroom assistant, Mr Poppy, overhears the lie, Maddens suddenly finds himself a local celebrity and at the centre of quarrelling parents, a wannabe show director, and more Mary and Josephs than he can shake a stick at.

Now all he needs to do is persuade Jennifer to make Hollywood pay attention and make their dreams come true.