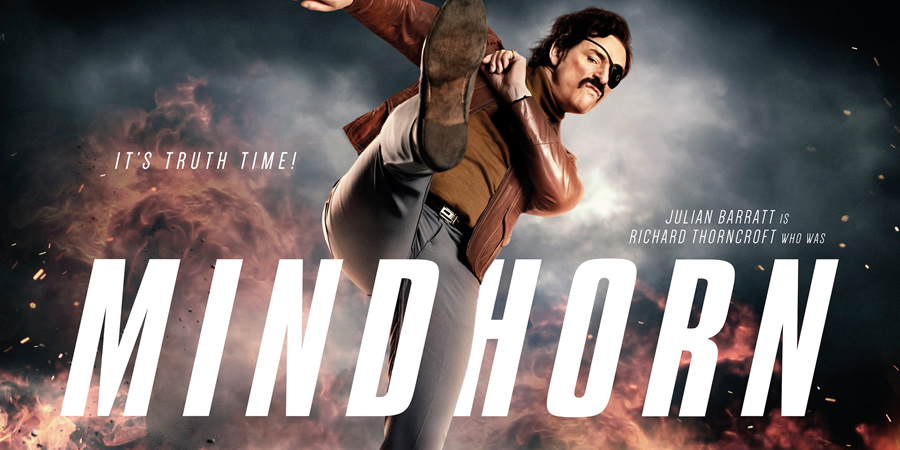 Actor Richard Thorncroft returns to his 1980s detective role to thwart a villain, revive his career, and get the girl

As a captured MI5 Special Operative, Bruce Mindhorn's eye was replaced by a super-advanced optical lie detector, which meant he could literally "see the truth". Mindhorn escaped and fled to the Isle of Man, to recuperate in the island's temperate micro-climate, and became the best plain-clothes detective the island had ever seen...

Decades later, when a deranged Manx criminal demands Mindhorn as his nemesis, Thorncroft returns to the scene of his greatest triumphs for one last chance to reignite his glory days, professional credibility and even romance with former co-star/paramour Patricia Deville.