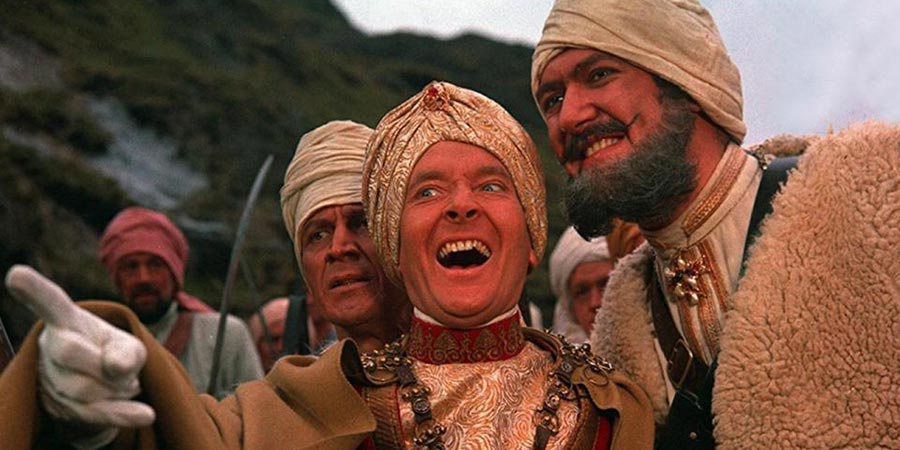 Carry On... Up The Khyber

It is 1895 and the British Governor in India's Kalabar province, Sir Sidney Ruff-Diamond, enjoys his laid-back, luxurious colonial lifestyle - but is all too aware of the feelings of certain natives, particularly the Khasi of Kalabar, northern India's most powerful Raja.

Amongst Ruff-Diamond's responsibilities are the 3rd Foot and Mouth Regiment, known by the natives as the Devils in Skirts owing to their kilt-wearing, who guard the vital route into India at the Khyber Pass.

The Khasi is far from content with the status quo and wants the British dead. However, his troops fear what the imperial forces may or may not have under their "skirts" - it gets awfully windy up the pass, and any man who can go without protection should be feared!

When one of the soldiers is discovered to be wearing woollen underpants under his skirt, however, the Khasi is delighted. It's just the proof he needs to inspire his own men, not to mention the local populace, to drive the British out of India once and for all.

Sir Sidney, however, is not about to let that happen without a fight...