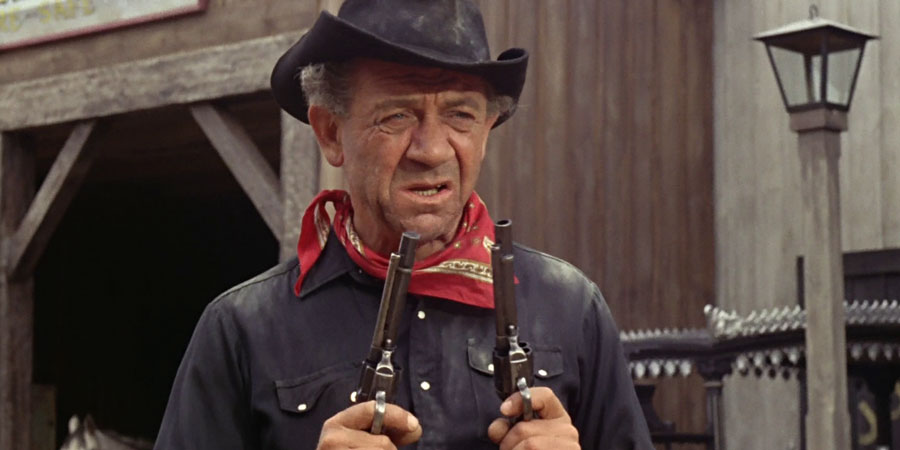 Saddle up for a fistful of double entendres in this western spoof from the Carry On team. Stodge City is terrorised by the villainous Johnny Finger

The far-flung outpost of Stodge City has been terrorised by murderer and tax evader Johnny Finger, aka The Rumpo Kid, for years. He's shot the Sheriff, and anyone else who gets in his way, and has now taken up residence in Belle's drinking parlour.

Town mayor Judge Burke sends word to Washington that Stodge is need of cleaning up - and a case of confused identity leads to newly-arrived Englishman Marshall P. Knutt, a drainage and sanitation engineer, being sent west on the next stagecoach.

Does he have what it takes to clean up Stodge City once and for all? Can Annie Oakley, daughter of the late Sheriff, be of any help?

Tagline
How the West was lost!
Part of