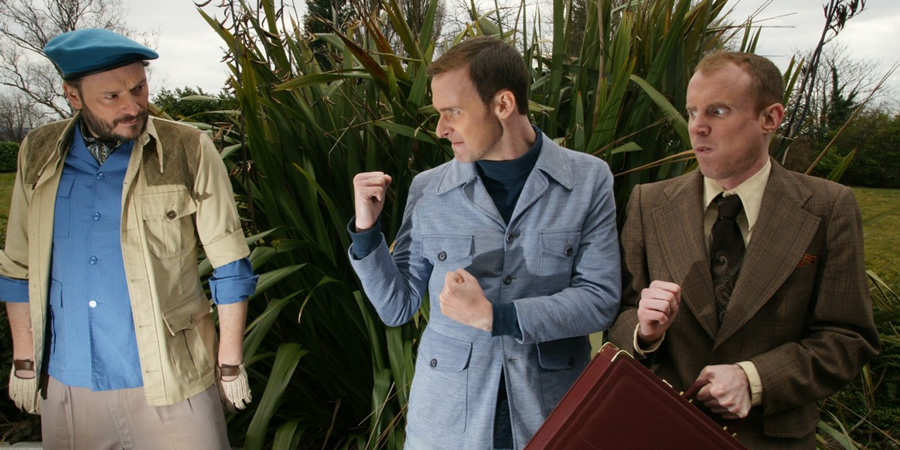 A fifteen minute sitcom pilot based on the show created by David McNeill and Colin Hoult. Zimbani began life as a handful of sketches on BBC7's Colin and Fergus' Digi-Radio, it was then developed into a full stage show that debuted at the Fringe in 2008, and has now been turned into this TV pilot.

Zimbani is "a demented tornado of a comedy show that is a homage to great British action films of the 1970s". It features Chester van der Chester, Harry Lenarkos and Julius Zimbani - the latter of whom is the pure manifestation of evil itself.

Zimbani hunters Lenarkos and Chester have finally tracked the maniacal master of evil down to Africa, and have dodged lions and other large furry things to challenge his superiority.

Distracted in their mission and captured by Zimbani himself, Lenarkos and Chester's relationship soon unravels after they're faced with their doom. Chester wears Lenarkos' dead mother's hat and Lenarkos falls in love with him. It's that weird!