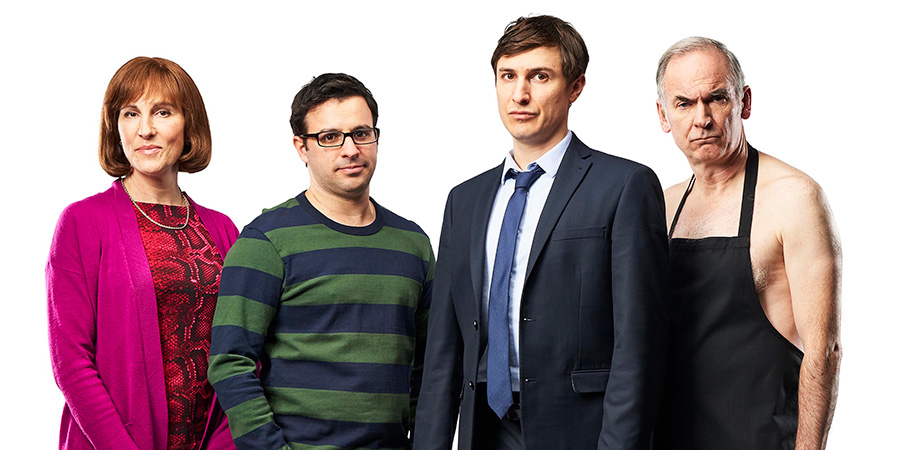 You Look Nice: The True Story Of Friday Night Dinner

This is a work-in-progress title and is liable to change.

You Look Nice: The True Story Of Friday Night Dinner is a 90-minute behind the scenes look at every aspect of Channel 4 sitcom Friday Night Dinner - from its humble beginnings as a 5 minute pilot, shot in creator Robert Popper's parent's house (where his actual dad walked into the middle of a scene to announce, "I'm going out now to buy some bin liners"), to its glorious, tear-inducing Series 6 finale, some 925 screen minutes later.

We also get to hear from some of the supporting cast, including Tracy-Ann Oberman (Auntie Val), Rosie Cavaliero (The Other Jackie), Harry Landis (Mr Morris), Matthew Holness (Chris Parker) and Kiell Smith-Bynoe (Nick); as well as meeting fans of the series, including Claudia Winkleman, Saoirse-Monica Jackson, Lou Sanders, David Baddiel, Nihal Arthanayake and Krishnan Guru-Murthy.

Broadcast as part of Friday Night Dinner Night, it will also feature exclusive behind the scenes footage, insights and anecdotes from the cast and crew on making the series, interviews with Friday Night Dinner superfans, and out-takes that have never been broadcast on British television until now.