Series 1, Episode 1 - Crisis At The Summit

Yes, Prime Minister returns in a contemporary setting and unsurprisingly there is trouble afoot for the fraught PM. Jim Hacker's premiership is falling apart when a saviour appears - Kumranistan!
Preview clip 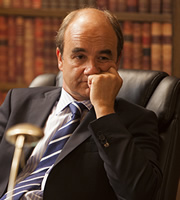 Jim Hacker's European Conference shows no sign of solving the financial crisis that is threatening his fragile government. But salvation is at hand: Kumranistan is offering Europe a huge loan as an incentive to purchase their newly discovered oil reserves.

What Sir Humphrey does not want Jim to know, however, is that there is a condition: Britain must join the Euro, which is against everything Jim believes in.

Jim Hacker has a lot of problems to deal with.