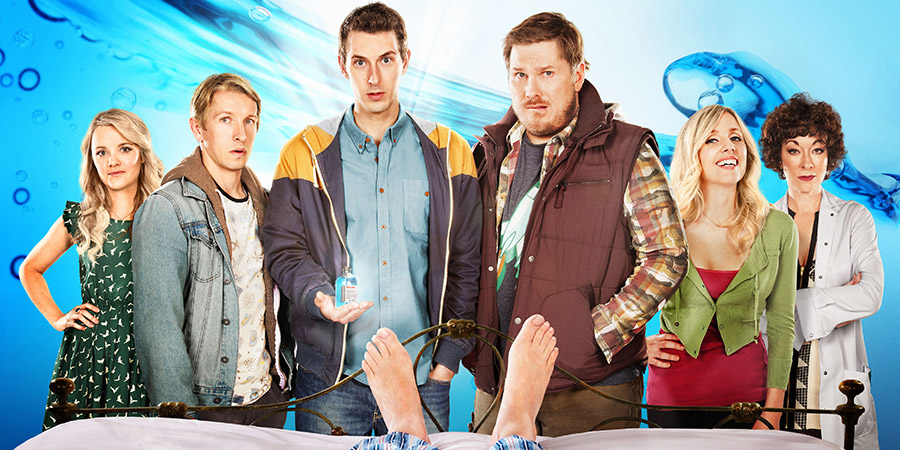 BBC Three comedy about two brothers and their friend; unlucky in life, they attempt to improve their lot by setting up an assisted-suicide business

A black comedy about three ordinary guys who find themselves, forced by an extraordinary set of circumstances, into setting up an assisted-suicide business.

Brothers Scott and Joey, plus their mate Cozzo, are unlucky in both life and love. They do their best to better their lot, but unintentionally just end up providing a service in assisting suicides...

After Scott is moved by a terminally ill neighbour's request to die - and at the same time faced with a predatory female employer, a split from his girlfriend, and a desperate life or death need for cash to pay off his brother Joey's gambling debts - he and his best mate Cozzo stumble towards what they think is their only solution: an assisted-suicide machine. A deeply illegal situation about which they will have to keep very, very quiet.

Along the way, the 20-something mates find love in the strangest ways, fall out with each other and are touched by some of the people they come across. But it's their own inadequacies and personal circumstances that most often lead to comedy in the darkest of situations.