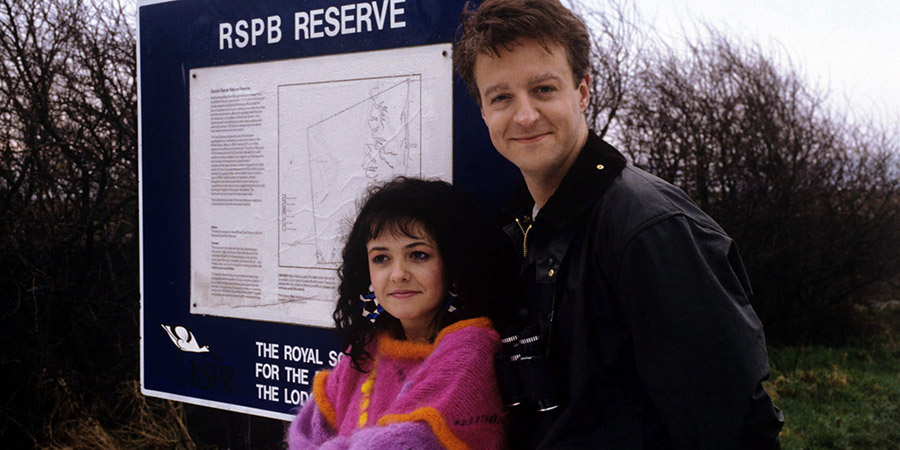 Sitcom following the relationship of a mismatched couple

Based around the relationship of keen bird watchers, Malcolm Stoney and Brenda Wilson, this sitcom follows their extremely rocky and turbulent relationship. They are constantly in and out of love and at one point it looks like Brenda has lost Malcolm forever when he marries another woman.

It also looks at Brenda's relationship with her more suburban sister Pam. Malcolm is a mummy's boy whilst Brenda is a feisty, independent female of the species.

Production company
Soundtrack
Emma Wray sang the theme song, What Does He See in Me?, which was written by Charles Hart. Incidental music was written and composed by Richie Close.
Laugh track
Live audience