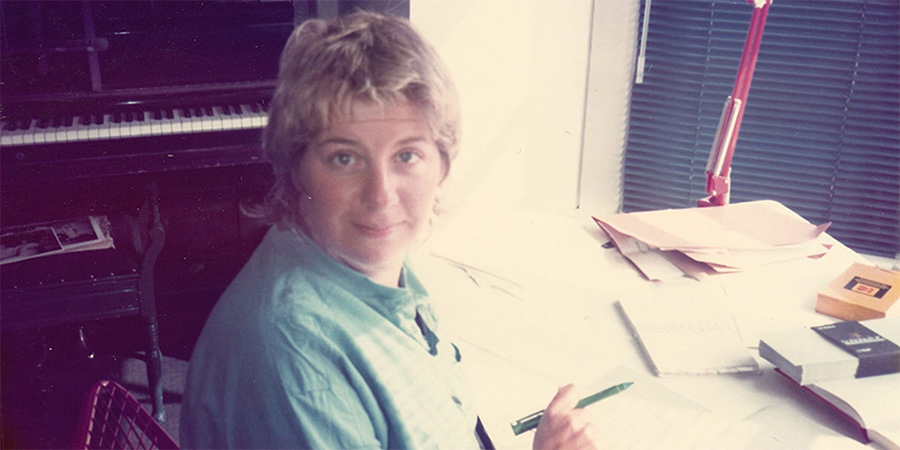 Highlights from Victoria Wood's output, as based on a list from her own personal notebook

Victoria Wood's Secret List features more than 20 sketches from the comedian's vast array of work. The sketches - chosen by Victoria herself - were discovered on a list in one of her personal notebooks after her untimely death.

Both programmes will also feature previously unseen insights into Victoria's life, including clips from her own personal archive. They also include contributions from a number of well-known faces who will discuss her broad catalogue of award-winning comedy.

With a career spanning more than 40 years and crossing every possible genre, Victoria has a back catalogue that's bulging with sublime comedy moments, and Victoria Wood's Secret List promises viewers a unique opportunity to see the very best bits of Victoria's work that she loved the most.

In 2009, Victoria wrote a list of her favourite moments from her seminal 80s series - As Seen On TV - intending to produce a 25th anniversary compilation, before finding herself busy with other projects. The list remained locked away in her office - until now.

1) Opening titles of As Seen On TV

2) STAND UP: RADIO INTERVIEW
Victoria doing stand up - gag about turning up to appear on radio show and presenter not knowing who she is

10) SWIM THE CHANNEL
Victoria as Chrissie - 'Swim the Channel'.

12) CONTINUITY (OBESITY)
Susie Blake as newsreader, overweight gag and joking about having mopped up her tea with a kid's painting.

13) TURKISH BATH
Victoria and Julie Walters in steam room with bikinis over clothes.

15) YOUNG LOVE (WHERE SHALL WE LIVE WHEN WE'RE MARRIED?)
Carl & Gail at bus stop talking about when they get married.

19) ACORN ANTIQUES
Mrs O turns out to be Berta's mother and Trixie takes up Holy orders.

21) GIVING NOTES
Julie Walters as leader of an amateur dramatics' society putting on production of 'Hamlet' - issuing notes to individuals in group.

22) STAND-UP: FLIPPING OUT
Victoria doing stand up routine featuring... stopped by police / train full of weird people / gets plane flipped out / wakes up in an institution / escaped to TV studio / getting coach home.

23) SPAGHETTI
Victoria and Julie Walters having dinner together in an Italian restaurant. Julie Walters talks about home life, waited on by salacious waiter.

25) THE MAKING OF ACORN ANTIQUES

27) SUPERMARKET CHECKOUT
Supermarket checkout with Celia and Victoria as check out girl.

30) ACORN ANTIQUES
Clifford has a secret to reveal. Plus, Advert for products and touring costume exhibition.

31) THE TROLLEY
Two businessmen are trying to have a lunch meeting but are constantly disturbed by the waitress.

33) WAITRESS!
Celia Imrie and Duncan Preston as a couple in a restaurant ordering lunch, Julie Walters as doddery, old waitress.

34) SELF-SERVICE
Victoria & Julie Walters are shoppers in a canteen queue. Julie Walters is complaining about everything that's on offer and the people around her.