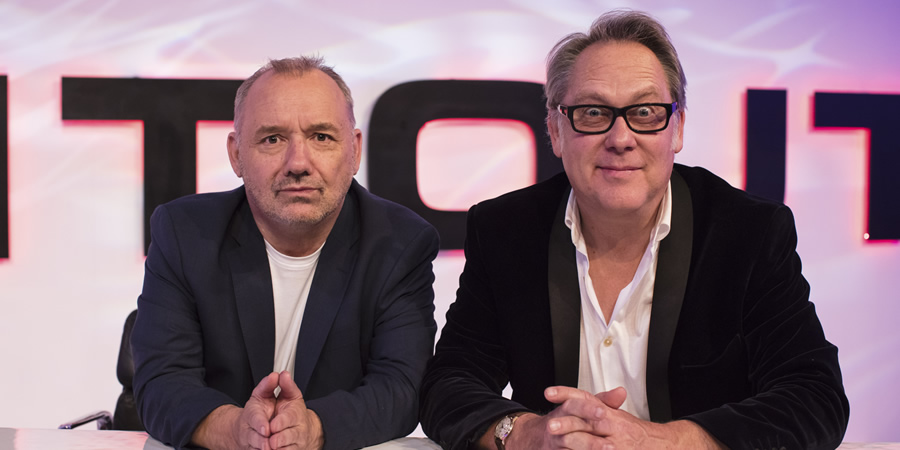 Vic & Bob's Big Night Out is a reimagining of the original Vic Reeves Big Night Out, which was a seminal force in British comedy from the early 1990s.

First broadcast in 1990 it was an original, maverick and very silly stage show which transferred to television and introduced the world to the comedy duo, who still have the ability to constantly innovate and surprise.

In this series Vic & Bob introduce us to new characters as well as reuniting us with some old favourites. Shot in a studio in front of a live audience, this high-octane half hour features songs, sketches and silliness in buckets.

With a healthy helping of their trademark slapstick humour, this series celebrates the best of the legendary comic duo, who show no signs of slowing down or growing up.