Written by: Diane Morgan
This feature refers to an event, offer or opportunity that has now ended. 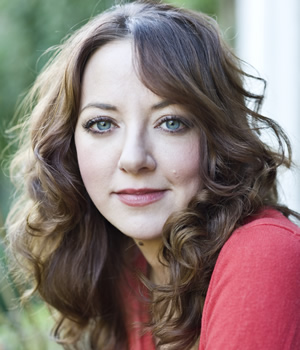 There's a horrible stigma attached to hidden camera shows. I know because when you tell people you're in one, their reaction is tantamount to saying 'I've just joined The Black and White Minstrel Show'.

This is mainly because in the 1980s these shows usually involved watching a middle-aged man cry as his car is hurled into a lake. Which is always funny, obviously.

Nowadays people are so aware of these kinds of shows that whenever anything bad happens their first thought is 'where are the cameras'? People are too savvy and sophisticated for these shows now.

The Work Experience is different. No, really.

It's more like a sitcom, based in a fashion PR company with two of the characters unaware that they're in a sitcom. Usually hidden camera shows are about making an unassuming public look stupid. In this, our characters are the ones who look like idiots.

The majority of the script was improvised, though we did have certain lines to hit and a very tight structure.

What I found was something I've always discussed with other comics, and that's that the best kind of comedy comes from real life and those reactions you can never quite re-create. In-the-moment comedy is so much more thrilling and real than totally staged stuff. Hearing a stand-up comedian break off from their 'routine' to address something or someone in the audience has a sort of terrifying electricity - when it works!

I've been reading about the great Andy Kaufman recently and this was certainly something he knew all about. A real situation, or one played out as real with real people always seems to get the most surprising and entertaining reactions. 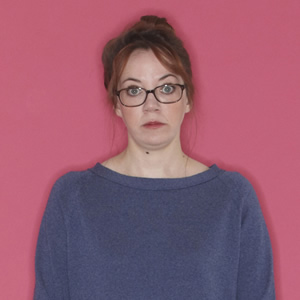 I've done some hidden camera stuff before and I'm always amazed what people will believe if you tell them something straight faced. Last year I worked on The Royal Wedding Crashers with Lee Kern, a master at keeping a straight face in absurd situations. We had a focus group with about 6 or 7 people to get ideas for what the general public would like to see at the up-coming royal wedding. We told them that on the day there was going to be a dolphin dragging itself up the royal mile and that it was an old tradition. They believed us, and even went as far as telling us they thought it was cruel and to maybe re-think it.

In The Work Experience I'm cast as Susan (pictured left), a downtrodden PA in a fashion company. The dialogue was loosely improvised around a script, which meant the other actors were basically paid to pick on me for two months.

Having to stay 'in character' all day was, for most of the actors, quite draining. Not me, however, as my 'character' was basically me, in a pair of glasses. As wanky as it sounds, 'staying in character' - if done long enough - has a kind of brainwashing effect. You eventually convince yourself that you are that person, or at least forget that you aren't.

None of our interns were harmed during the making of this programme, but a few did incur mental scarring from the shock of finding out that the place where they did their internship, the other people working there, the website, telephone conversations and even our names and email addresses were all made up.

But don't feel too bad for them. They did get rewarded with a placement at a real fashion PR Company, which is more than Jeremy Beadle ever did!

The Work Experience is on E4 on Wednesdays at 9:30pm. Below is the trailer.