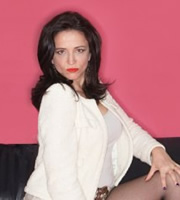 Joanna Grade is highly-strung, self-obsessed, but most importantly, well-dressed. Having had several bites at the fashion cherry, she has decided to set up a PR agency in her own image  demanding, clueless and prone to disasters that are always someone else's fault.

No longer in the first flush of youth and having spent twenty years fawning over a husband who left her for another man, this ice queen has decided that now is the time for her to be a mother and will stop at nothing to get herself the perfect baby. 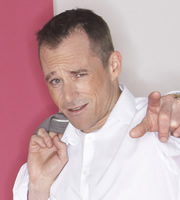 Chancer, sleaze and compulsive liar, Colby Brown has spent the past twenty years creating dodgy deals and pretending to his ex-wife, Joanna, that he is gay.

Colby will lie and cheat to get what he wants, using his American charm and his self-perceived sexual prowess to get around Joanna and the rest of the Grade employees. Colby is after an easy ride. And money. Lots and lots of money. 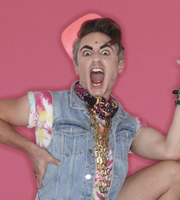 The creative tour de force behind Grade PR, Shussi is a highly sensitive artist, whose canvas is himself. He lives for fashion and feels things very deeply when they go wrong, which they do, all the time. As such he spends a lot of time crying in clothes rails, which could really smudge his eye make-up if he's not careful. 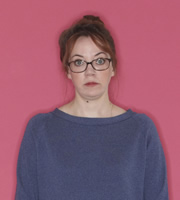 Joanna's long-suffering PA, Susan Butler, is a dowdy thirty-something that Joanna keeps around as a reminder not to let herself go. Susan bears the brunt of all of Grade PRs disasters as well as being Joanna's personal punch bag and looking after her own terminally ill mother.