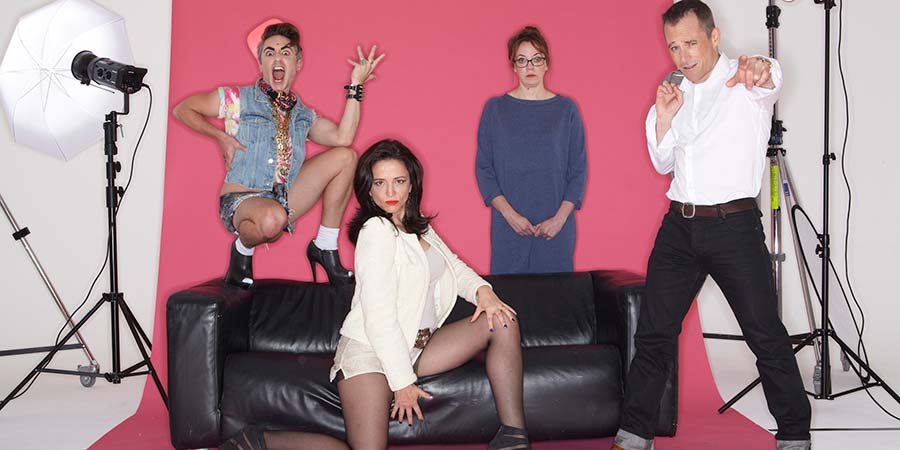 The Work Experience is a comedy series that mixes the sitcom, mock doc and prank show formats.

Set in the madness of new fashion PR agency Grade PR, each week the show follows two ambitious interns as they embark on a week of tasks, tantrums and tears. However, unknown to them, the entire agency is fictional and the employees are a cast of actors.

The characters are Devil Wears Prada-type Joanna Grade and her three extreme members of staff - her brash ex-husband and business partner Colby; her walking diary Susan; and opinionated and flamboyant creative force Shussi.

Whether it be fetching a celebrity's sperm sample or exposing an illegal sweatshop, the work experience staff are central to every hissy fit and bizarre request.

At the end of the episode, the fictional element is revealed to those taking part and their efforts are then rewarded with a full month's paid placement at a real fashion PR agency.