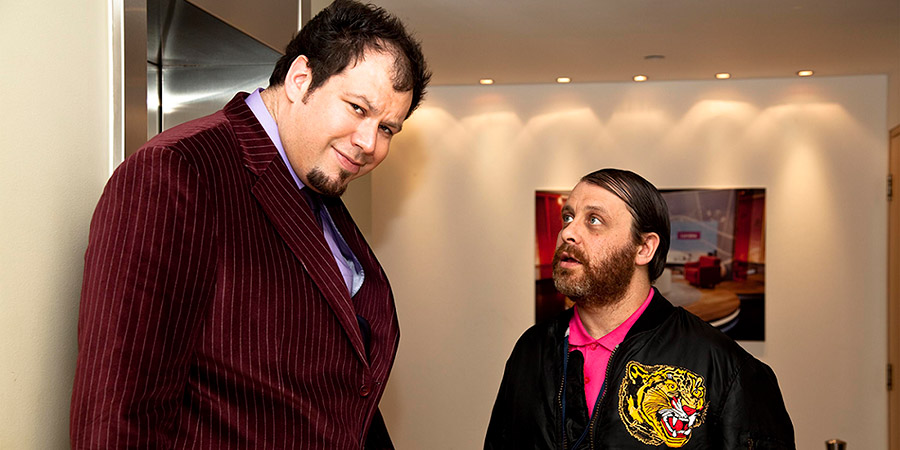 The Warm Up Guy

Sitcom following Iain Bodkin, a struggling studio warm up comedian and self deluded 'wally' who thinks he is a superstar in the making.

Iain is a loveable but completely delusional dreamer who is on the lowest step of the entertainment ladder, but in his child-like world he is the biggest talent out there, and is constantly on the cusp of his big television break.

Iain does the warm up act once a week for a dated daytime TV show with losing ratings and sees himself as a master at his trade, a comic genius. In the world of warming up an audience of grannies that arrive each week by the coach load, making the right cheer louder than the left, and spotting two people sitting next to each other in similar clothes, he is king.

Aside from his warm up world Ian has a YouTube channel, which he posts regular blogs, sketches, TV show and film ideas and various show reels. This forms the voiceover-led narrative of the somewhat tragic tale of his life, and we learn that he exists in a dream world bubble and has aspirations beyond his talents.

In this pilot episode we delve into the reality of Iain's situation. Only working at the studio one day a week means he still has to live at home with parents and is forced to get a proper job. However, this doesn't stop him treating Andy, the Job Centre advisor, as his showbiz agent and recruiting nerdy loner Marty, an audience usher at the studio, as his driver and assistant.

Lacking any real qualifications Iain lands a two-week trial at a supermarket but only sees this as an opportunity to practice his warm up act and hone his comedy skills. But when a TV producer from the studio recognises him in the store and offers him a "part" in a new comedy panel show will this be his big chance?

The Warm Up Guy is a loser but primarily an idiot and at 6'8" and 18 stone, a very very big idiot, and if he can realise that the biggest joke is his life itself then he may achieve his dreams.