One-half of the most popular comedy duo Britain has ever produced, Ernie Wise passed away in March 1999. This is his remarkable story. 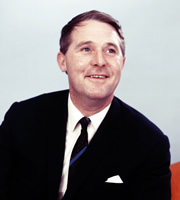 A tribute to one half of Britain's greatest double act. A successful child star by the time he was 12, Ernie Wise went on to become a consummate comedian and foil to Eric Morecambe as Morecambe and Wise.

Ernie was a passionate traveller and would film many of his trips to Europe in the 1950s with his wife Doreen, as well as visits to the US and Australia with Eric. The programme features much of this previously unseen personal footage as well as private photographs and contributions from family, friends and co-stars.