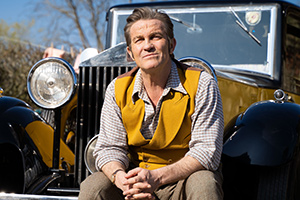 The ultimate life and soul of the party. Heart of gold, always wanting to bring out the best in people, never judges, generous. But don't cross him because he won't let it lie. 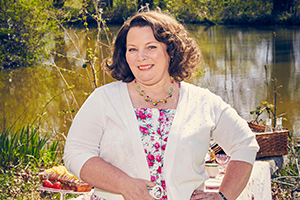 Fun, earth mother, not to be crossed especially when it comes to her children. She loves her husband, her community and hates
snobbery and bullying - if she witnesses it she'll definitely call it out. 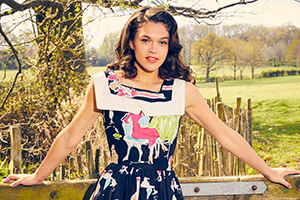 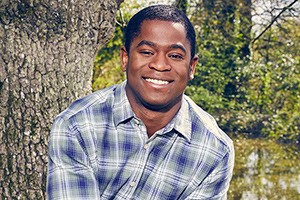 Tries to look older and act more serious but comes across as nervy. Works at the Office of the Inspector of Taxes - stays with the Larkins and falls in love with Mariette. He's determined to win her affections despite the stiff competition. 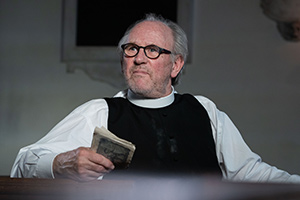 Sweary vicar who likes to gossip, have a drink, and the odd ciggie. Lacking in loyalty of any kind, but very much part of the village furniture. 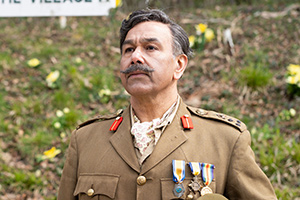 Delightful old stoic, retired Indian army officer, struggling on a pension. Lives with his sister Miss Chand. Sweet, kind and has
at times a wicked sense of humour. Loves Britain and the British. 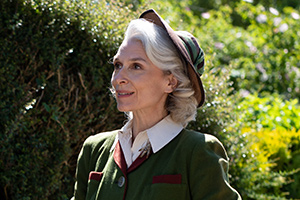 A middle-aged spinster on endless village committees but lonely and unfulfilled. Tweedy make-do-and-mend look. Lives alone at Bonny Banks. Feeling the pinch but game for anything, especially if encouraged by Pop whom she adores. 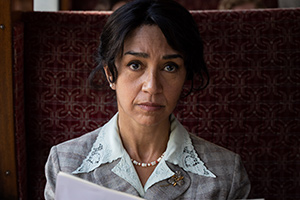 Snobbish, fiery and fierce. Anglo-Indian, sister of the Brigadier. Bossy head teacher of the village school. Born in India, been here a
while but regrets coming. Is a friend of Norma Norman. 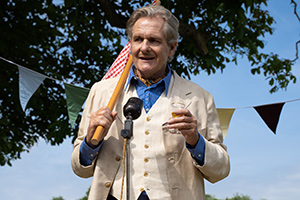 A vain actor with an extensive repertoire of anecdotes. The go-to local celebrity but less successful than he thinks. Comperes the May Day auction, and the Straw Man Race - anything for a free sherry. 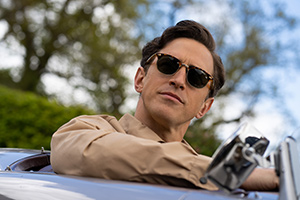 A smooth charmer with an edge - who is ultimately caught out. He's a handsome newcomer to the village and wants to develop and expand the village. Rather taken by Mariette - he doesn't hide his interest and offers her a job. Progressive and believes
in the benefits of change. 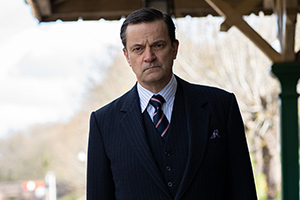 Pop's nemesis. Prissy in a blazer. He's a commuter with class pretentions but little more than a jumped-up cad. Jealous of his popularity, he can't stand Pop and is determined to make him suffer. 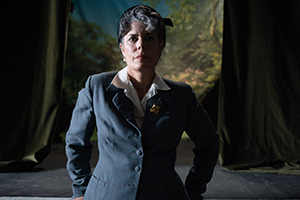 Alec's doggedly supportive wife who is a bit prissy, serious and humourless. She and Ma don't see eye to eye. 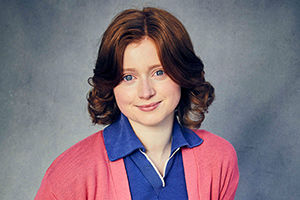 16 years old, brainy and worships Mariette. Primrose fancies herself in love with Eddie at the fairground. She's a self-conscious Larkin but also extremely attuned to the politics of the adult world. 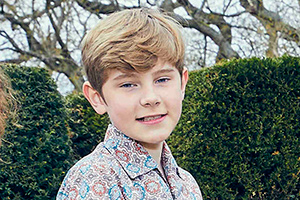 13 years old and the only son in the Larkins family, for now. He adores his dad and is a dab hand with a paint brush. Keen to compete and win the village Pram Race. 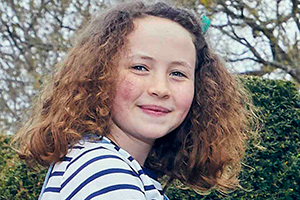 11 years old, practical and never happier than when fixing something. She's quiet, preferring to communicate in grunts. A genius with mechanics. 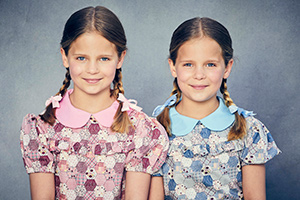 One of the 8 years old identical twin girls. Lively, fearless and often calamitous!

Like her twin sister, she is loving and kind and gentle to all animals. 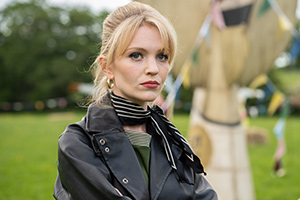 Sultry, tanned & tough. Former friend of Mariette - now rivals. Serves behind the bar in the Inn. Rides a Vesper and is a man eater.