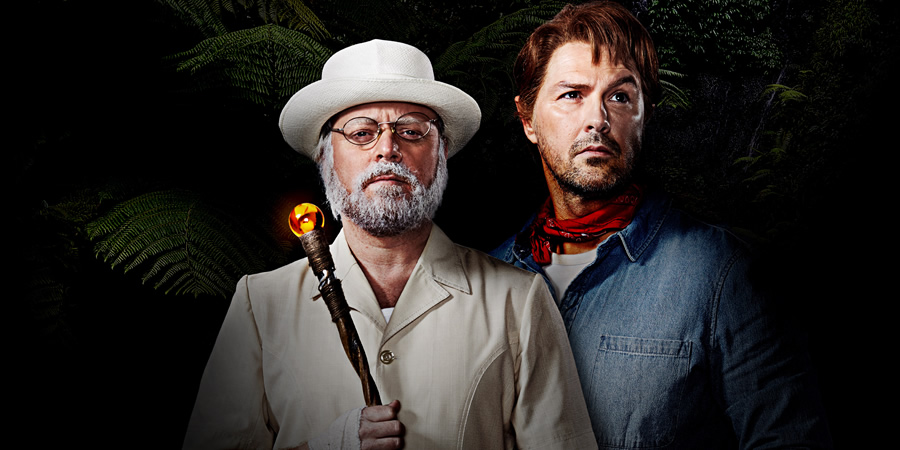 Keith and Paddy are undaunted by taking on Steven Spielberg's most successful movie, in fact Keith actually thinks he can improve on it. Yes Spielberg's dinosaurs were terrifying, but wouldn't they be even more terrifying if they had machine guns? Keith and Paddy also dispense with the need for child actors by offering the part of eleven-year-old Lex to the smallest actress they know - Car Share's Sian Gibson - and the part of eight-year-old Tim to... well let's just say this eight-year-old has a ginger beard. Sally Phillips takes on the Laura Dern role and, much to Paddy's chagrin, she takes a real shine to Keith. Oh and who plays the Jeff Goldblum role of Ian Malcolm the rock-star scientist? Well Keith and Paddy don't know any scientists but they do know a rock star. Shaun Ryder it is then. 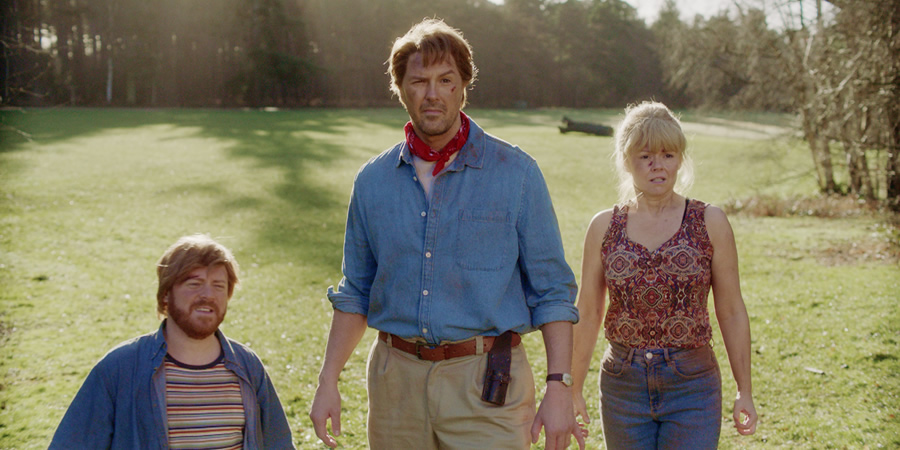 What did you enjoy most about filming The Keith And Paddy Picture Show?

What's not to love about dressing up every day and acting out one of your favourite films? Dream job! It was loads of fun and I loved every bit of it.

I laughed a lot every day on set. Keith and Paddy are very funny and I loved working with them. Although the highlight for me - actually a career highlight - is being chased down a hill by a herd of Bernie Cliftasauruses - that's never gonna happen again.

A great wig and lots of heavy breathing.

Keith decides that scientifically inaccurate talking dinosaurs would make their Jurassic Park sketch so much better.