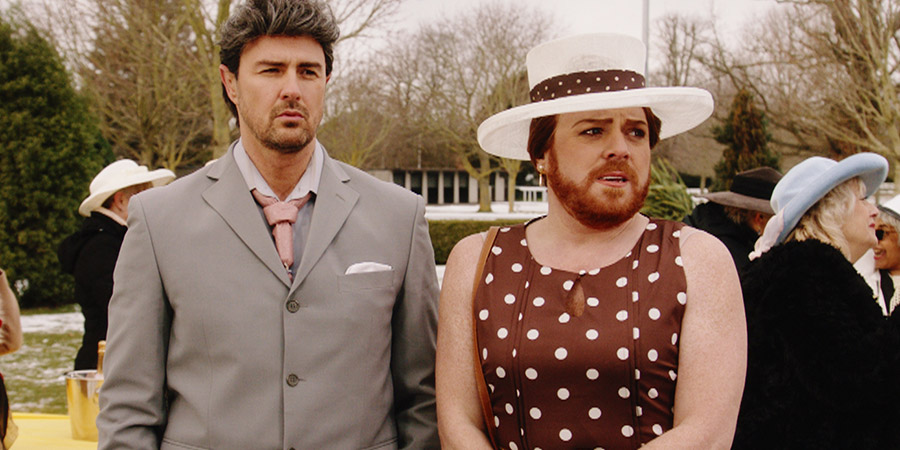 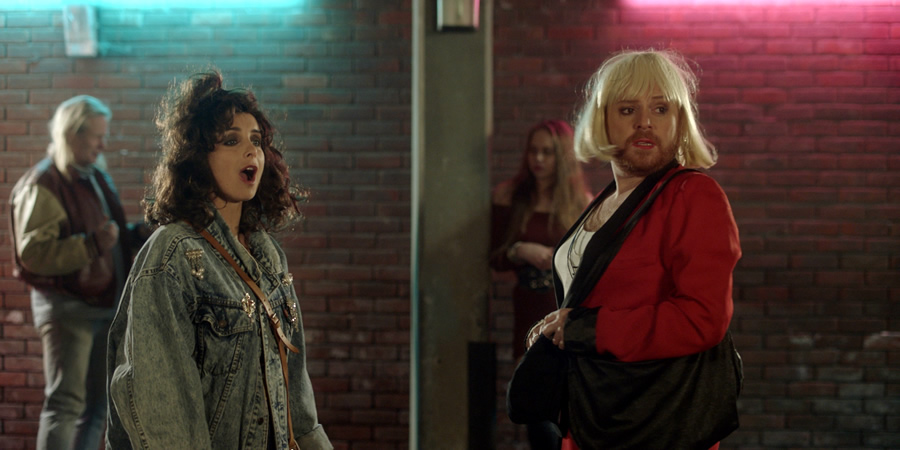 What did you enjoy most about filming The Keith and Paddy Picture Show?

I loved the fact I can dress up, and I loved the character and to work alongside both Keith and Paddy was hilarious.

Apart from being delirious as we filmed on the coldest day of year in Kingston, it was watching Keith trying to get on a pair of thigh high PVC boots in a pair of mittens.

I mean what more would you expect, I was playing a brash prostitute from Brooklyn in a very fetching wig ;) 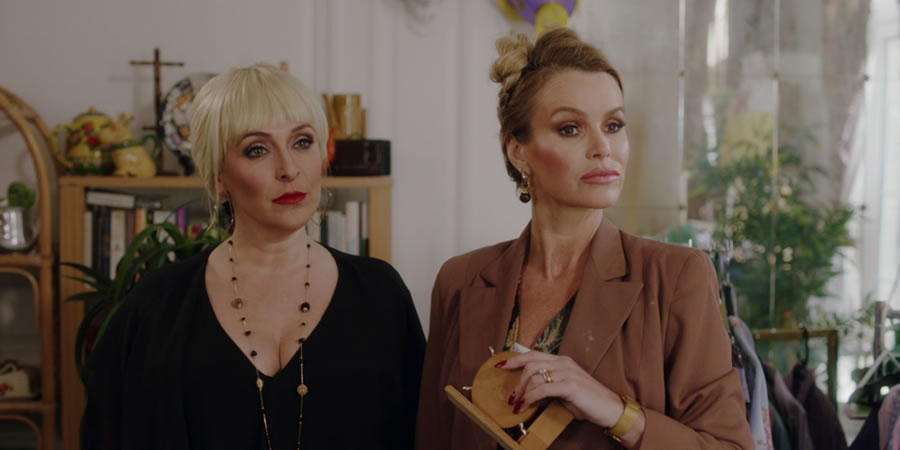 What did you enjoy most about filming The Keith and Paddy Picture Show?

Amanda: I enjoyed the fact that they [Keith and Paddy] were open to improvisation and we basically could do what we liked. We had a really good laugh that afternoon. Tracy always makes me howl.

Tracy: I loved meeting Keith and Paddy. They were incredibly funny and talented and the scripts were great. Lovingly well observed pastiches of the originals.

Tracy: Amanda and I are such great friends and have worked together so much now that we can improvise and make each other laugh very easily. Also getting smacked in the face by a pig's carcass that Keith was hauling around in the scene.

Tracy: A BAFTA award winning performance of a female bitchy shop assistant in a high class charity shop with five lines of dialogue!

Pretty Woman... but not as you've seen it before.

The boys put their unique twist on Pretty Woman.