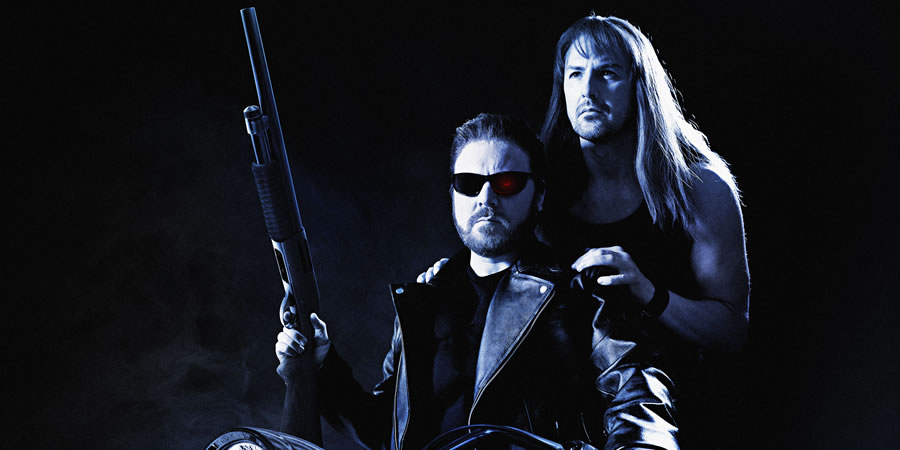 Jaime Winstone puts in a very convincing performance as the teenage hero of the movie, John Connor. Unfortunately for her, she is so good at playing a teenage boy that Keith and Paddy soon forget she is a grown woman and begin treating her like an adolescent boy. They have also found someone perfect to play the T-1000 robot - the multi-platinum-selling pop sensation Rick Astley. 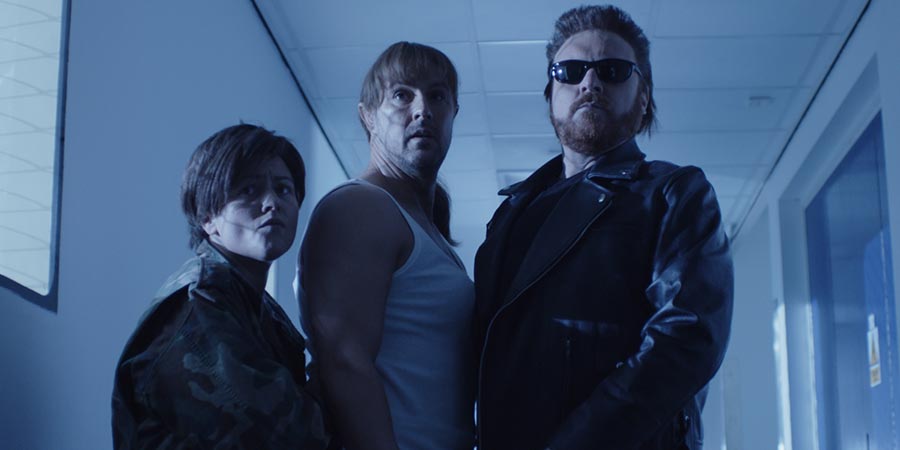 Tell us about Terminator 2?

Paddy: It's so good! I was doing a scene with Rick, he's T-1000, and I was like, "I can't believe it's him, I used to listen to him when I was a kid!" He plays it dead straight so when he comes round the corner staring right at you, it gives you chills!

Keith: Jaime Winstone is in that episode too. I didn't see her until right at the end, she's playing John Connor, but I didn't realise it was her, I just thought she was a boy. 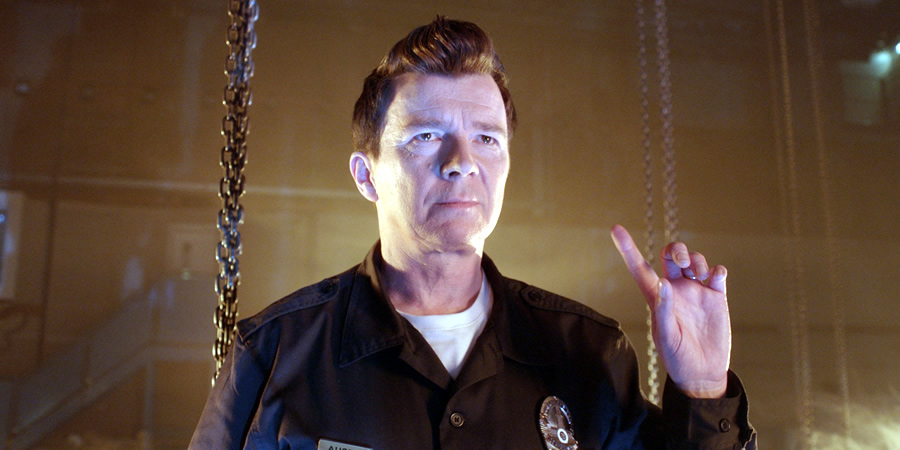 What did you enjoy most about filming The Keith & Paddy Picture Show?

I love the attention to detail and professionalism of the whole team mixed with having a laugh.

A mix of Pacino, Di Caprio, De Niro and Pinocchio!

What would your quote for The Keith & Paddy Picture Show version of the Terminator 2 movie poster be?

Keith & Paddy return with series 2 of their Picture Show. This time the boys put their unique twist on Terminator 2.

Keith Lemon can't do the accent

Keith's got the Terminator role to play, but can't quite get Arnold Schwarzenegger's accent right...