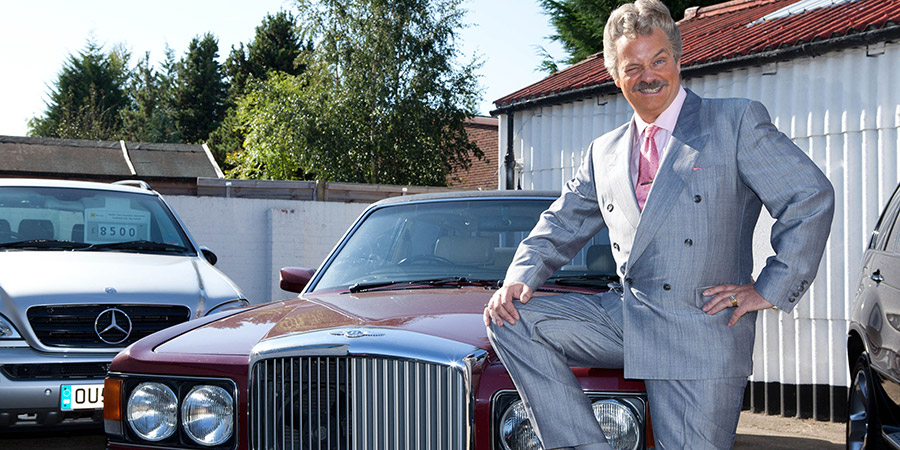 Charlie Higson stars as the would-be ladies' man and car showroom owner in BBC Three sitcom Swiss Toni. The show is based around the strangely named Swiss Toni, a character first introduced in The Smell Of Reeves & Mortimer and who regularly featured in hit sketch programme The Fast Show.

Although the focus is on Swiss there is also much humour gained from his employees; the laid back, cynical drunk Geoff (whose drinking is tolerated because he's a good salesman); the thick office junior Paul; and the object of everyone's desire, Miranda. Ruth, Swiss Toni's timid wife, and his dragon of a mother who is always quick to point out her son's innumerable shortcomings, also appear.

The success of the series is in fact largely due to writer and star Higson; turning a short sketch into a sitcom is usually dependent on sustaining interest with strong supporting characters and sufficiently varied storylines. In this case they've managed it and in no small part thanks to Higson's carefully judged performance, pitched somewhere between farce and reality. It certainly is an achievement to add a layer of 'niceness' to the puffed-up, pompous, snobbish Swiss Toni as on paper he is completely unlikeable!