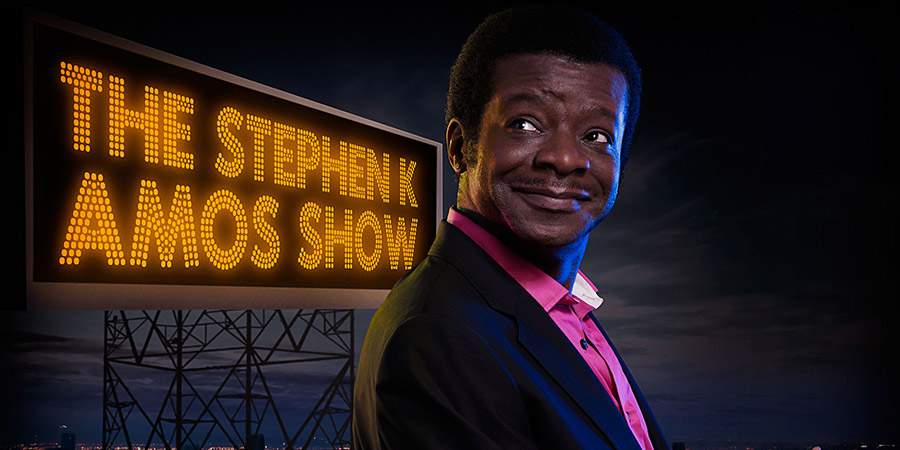 Stephen K Amos plays numerous comical characters including "Frank", the fashion conscious security guard at the BBC reception, and "Paul Hammer", a master stuntman so versatile he can play anyone of any size, colour or gender.

Other characters include "Buki", Stephen's disapproving mother (played by Stephen in drag); and "Bad Bond", a secret agent who forgets all his essential gadgets.

Sketches include the new BBC show Search for Othello, in which judges ask the only white contestant how much chance he really stands, plus updates from the Nigerian News, in Sokoto, providing less than gripping headlines, such as the loss of a woman's sandal.

Cheryl Taylor, BBC Controller of Comedy Commissioning, said: "We are thrilled to have Stephen as a regular fixture on BBC Two. He is a unique and compelling comedy talent and the perfect presenter for this new show."

Janice Hadlow, Controller BBC Two, said: "Following the recent success of Miranda, I'm delighted to welcome another great talent to the channel and give Stephen K Amos the opportunity to really shine in his own television show."

Stephen K Amos said: "Obviously I'm thrilled - although now my mum will find out I'm a stand-up comedian. She thinks I drive a minicab."