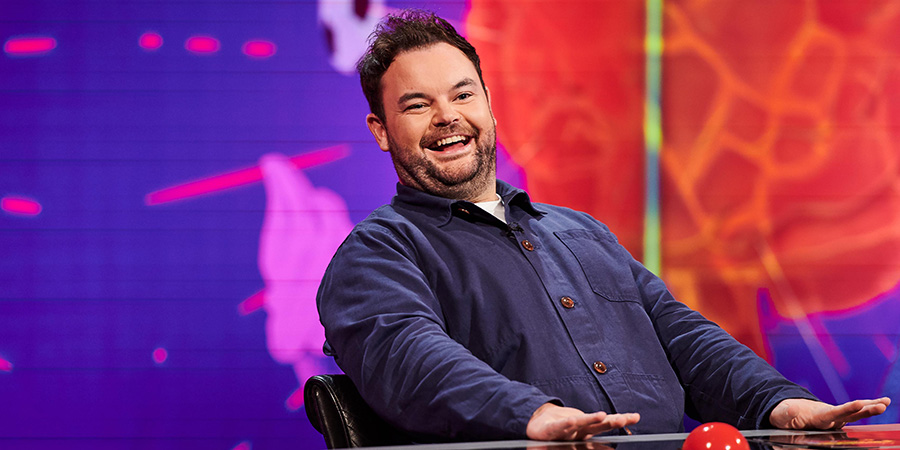 Rob Beckett invites guests Jamie Laing, Lou Sanders, Lloyd Griffith and Thanyia Moore to bring as many brilliant facts as they can in an attempt to impress everyone.
Preview clips

Teamed up in pairs, guests are asked to figure out the missing half of some truly mind-blowing facts and decipher Facts from Fibs (Are there really cash machines in Antarctica? Did the Ancient Egyptians shave off their eyebrows?) as well as throwing some of their own trivia out there in the hope of getting more points.

We find out if plants grow quicker when they listen to jazz, Lloyd reveals the name given to professional mourners as well as trying to beat Jamie at his own game, Thanyia reveals her baffling hatred of chocolate and Lou attempts to convince everyone that Justin Timberlake has a gameshow set in his garden.

As they take on the final quickfire round, who will end up with the most trivia on Rob's Wall of Facts, and which team will be crowned the undeniable winners.

Thanyia and Jamie won, 5 points to 4.

Uranus was nearly named what?