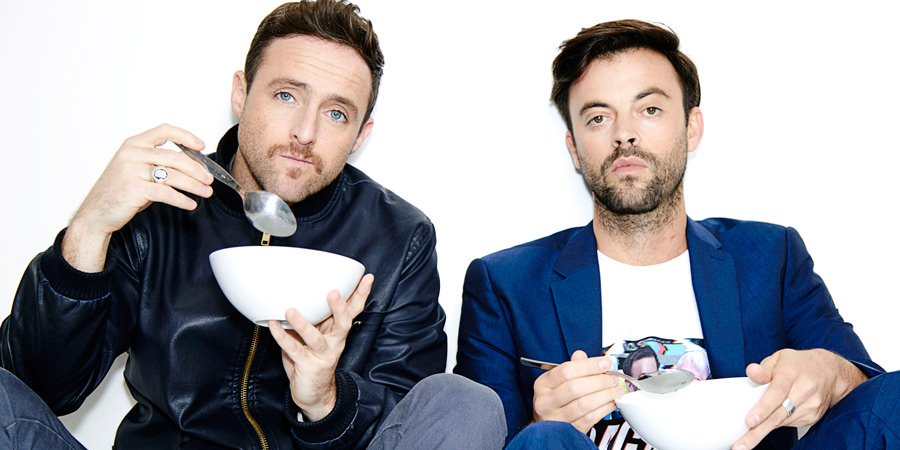 Revolting is a hybrid satirical sketch and prank series from the BAFTA-winning team behind the headline-grabbing The Revolution Will Be Televised and Brexageddon?!.

Heydon Prowse and Jolyon Rubinstein fearlessly target hypocrisy, the corrupt, the scandalous and the absurdity of modernity with their inimitable brand of ballsy humour, characters and stunts in the real world.

In addition to the "hits", they ramp up their unique form of social comment with additional scripted sketches filmed with a supporting cast of up-and-coming talent.

Everyone is a target in this no-holds-barred, break-neck hybrid sketch/prank show - including hippies, bankers, hipsters, fat cat developers, CEOs, extreme right-wingers, and of course politicians.

New characters include: Labour activists Penny and Robin - a Corbynite and Blairite - who are at odds with each other over every Labour policy they espouse; Duckface, an online slacktivist trying to save the world by using his #s to campaign against everything from landmines to leprosy (#loling for leprosy) and Denis Pound of UKIP canvassing for new policy ideas post Brexit.

Rebooted from TRWBT, right wing news journalist Dale Mailey returns with some shocking exposés and Conservative MP James Twottington-Burbage is reinstated as one to watch in Theresa May's new Cabinet.