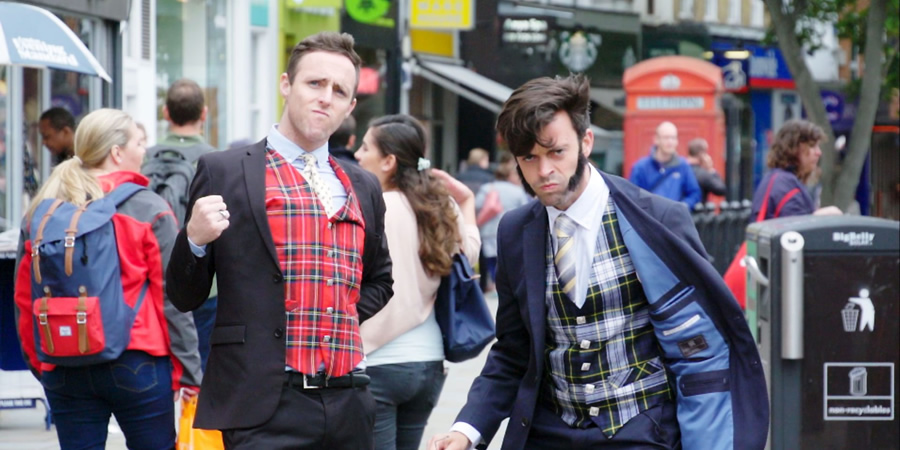 From the team behind the BAFTA winning satirical comedy The Revolution Will Be Televised, Jolyon Rubinstein and Heydon Prowse treat us to Brexageddon?!: a brand new one-off 30 minute special on the EU referendum and Brexit.

With the political system moving faster than it has in the last thirty years, this one-off special is a uniquely reactive satirical look at the unprecedented result of the referendum. The politicians of this dramatic moment interact directly with our comedy characters played by Heydon and Jolyon as we chart the highs and lows of both the Remain and Leave camps in the wake of the historic result and what this means for the people of Britain and Europe.

Featuring the referendum campaigns coming into contact with our comedy characters, this show captures the mood and the imagination of the nation. Brexageddon?! will take Vote Leave characters James Twottington-Burbage (Tory) and Dennis Pound (UKIP) around Europe: witnessing the resignation of Nigel Farage, the wrath of Alistair Campbell, the fury of Anti-Fascists, the language barrier of Marine Le Pen and even finding time to present Boris Johnson with his brand new book.

The EU-divided Labour characters Robin (Corbynite) and Penny (Blairite) are locked in a post-Brexit leadership meltdown and, from north of the border, the SNP's ever-opportunistic Neil Haddock and Brian Bream see a chance to annex Pro-EU London. Two Remain-loving, Yoga-empowered, champagne socialists are thrown into the mix too.