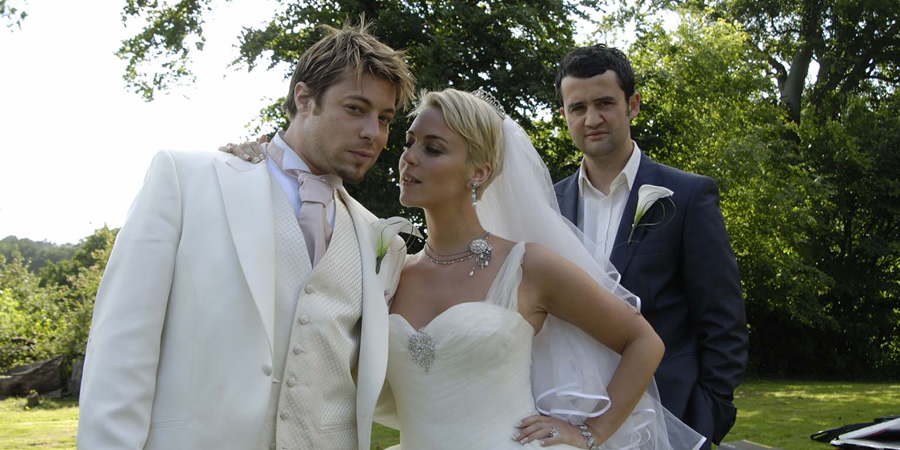 What do you do when your girlfriend leaves you to marry Duncan from boyband Blue? You decide to outshine them on their wedding day

What do you do when your girlfriend leaves you to marry Duncan from boyband Blue? You decide to outshine them on their wedding day, that's what!

Plus One follows the best efforts of Rob Black as he tries to secure a beautiful woman as his date to the wedding in an attempt to get his own back on his ex-girlfriend.

Struggling to restore his self-esteem after his girlfriend Linsey left him and a freak sewage pipe explosion wrecked his flat, Rob can't help comparing Duncan's life to his own miserable existence. Even his family and friends think that Duncan is better than him.

But when he receives an invitation to Duncan and Linsey's wedding, Rob sees an opportunity to get his own back: I'm single, homeless, sleeping on my sister's couch and everything I own smells of shit, but the invitation says 'plus one'. So, while I'm never going to be as impressive as Duncan from Blue, I'll take a date along who is. I'll be fighting fire with fire. Sexy fire.

Ludicrous as this sounds, Rob strikes gold when his colleague Laura suggests he has a date with her gorgeous flatmate Nicky. Rob takes a purely platonic approach in his mission to secure a beautiful date for the big day, but Nicky's interest in him makes Rob deviate from his original plan: maybe there could be something more there... A disastrous second date nearly ruins everything but Rob reckons that with a bit of top-rank grovelling he could still walk into Linsey's wedding with the most beautiful girl in the world. Unless of course he screws up badly...

Over the five episodes, with the wedding date fast approaching, Rob becomes increasingly desperate to attract a date that will restore his pride.