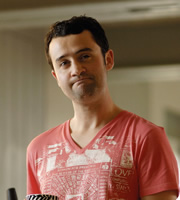 Rob Black works in the cataloguing department of a big record company. He'll tell you he's a record producer, but his actual job is to compile those cheesy love song CDs that come out at Christmas, Valentine's and Mother's Day.

His ex, Linsey, has dumped him for Duncan from Blue, but Rob is clear that he doesn't want to be with her and doesn't want her back - he's just gutted that it looks like he was dumped for somebody more successful and impressive than him.

Rob is naturally funny, likeable and cool, but he hasn't yet realised that if he just acted naturally, and didn't try so hard, he'd actually be quite a catch. The point-scoring exercise against Duncan from Blue exists only in Rob's head. Duncan isn't Rob's worst enemy - Rob is. 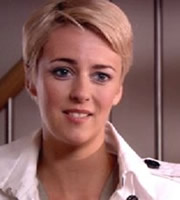 Linsey is Rob's ex, and the cause of his heartache.

When Linsey was with Rob, their relationship was fine on the surface, they just lacked passion. To her mind, she split amicably from Rob. She has no idea that he is remotely annoyed about her relationship with Duncan.

Now, Linsey is embracing every inch of the celebrity lifestyle that being engaged to a pop star brings - preened, manicured and dressed in designer clothes any WAG would be proud of. She is also the co-star of her own reality show on T4, and fast becoming a celebrity in her own right if her increasing rota of magazine shoots and TV appearances are anything to go by. 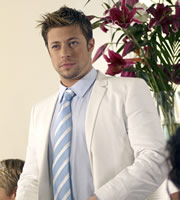 Duncan from Blue is more-or-less the nicest man on the planet.

When he's not accepting awards, compliments from fans or Rob's ex's hand in marriage, he's donating ambulances to hospitals, his time and possessions to charity and bone marrow to his nan. And he's also a really incredible lover. And a millionaire. An astonishingly handsome millionaire. In fairness, you can actually see why Rob is so pissed off. 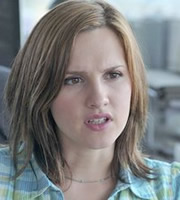 Graphic designer Laura is Rob's colleague and desk-buddy at the record company. She's happy to go along with Rob's plans and often acts as his wing-man just to kill a bit more time in the endless working day.

Regardless of the fact that she's funny, pretty, sweet, lovely and - more importantly - puts up with him, the thought of doing anything remotely sexy with Laura has never crossed Rob's mind.

There's definite chemistry between the two, but seeing as she's privy to the best and worst of Rob's behaviour on a daily basis, she's careful to make sure her soft spot for him doesn't get any softer. 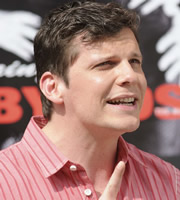 Rich is Rob's older brother and self-styled mentor.
He is a P.E. teacher at the local high school and basically a lads mag on legs - masculine, bullish and emotionally immature.

Rich is very successful with the ladies. However, those 'ladies' are all 18-year-olds from the sixth-form college. He justifies this to himself as not being in the slightest bit inappropriate. After all, they're not at school anymore - it's even got 'college' in the name!

Rich is continually coming up with plans to secure the perfect 'plus one' for Rob, and Rob is always going along with them because Rich is his big bro'. Sadly, Rich is also an idiot, and his plans go tits up faster than he can think of them. 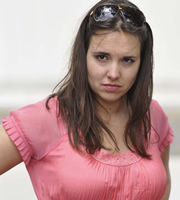 Rebecca is Rob's older sister - the middle one of the three Black siblings.

She's an architect and single mother. The father of her child is a gay guy that she accidentally slept with. Indeed, Rebecca's long history of accidentally shagging gay men (7 out of 11 lovers) has prompted her brothers to refer to her as 'The Gaymaker'.

Much like all the other crap that her family spout, she takes it in her stride. She's a genuinely lovely, cool, intelligent woman who cares about Rob unconditionally - despite the fact he's a bit of an idiot.

Rebecca is the lone voice of reason when Rob embarks on his foolish girl-quest, telling him where he's going very, very wrong along the way. 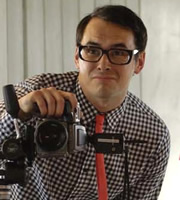 Paul is Rob's best mate and a successful photographer of the young and hip. He shoots bands, up-and-coming actors and the odd thing for Dazed.

He's metrosexual, jaunty of dress and given to peculiar flights of fancy that contradict his sensitive nature. They also contradict the fact he used to be a major drink-and-drugs fiend. He's kicked all that now but he's still got the frazzled brain to go with it.

Paul is not only 'The Coolest Man Rob Knows', he's also the weirdest. However, Paul is deeply attracted to Rob's sister because 'she smells all warm and milky', and that makes Rob uncomfortable.