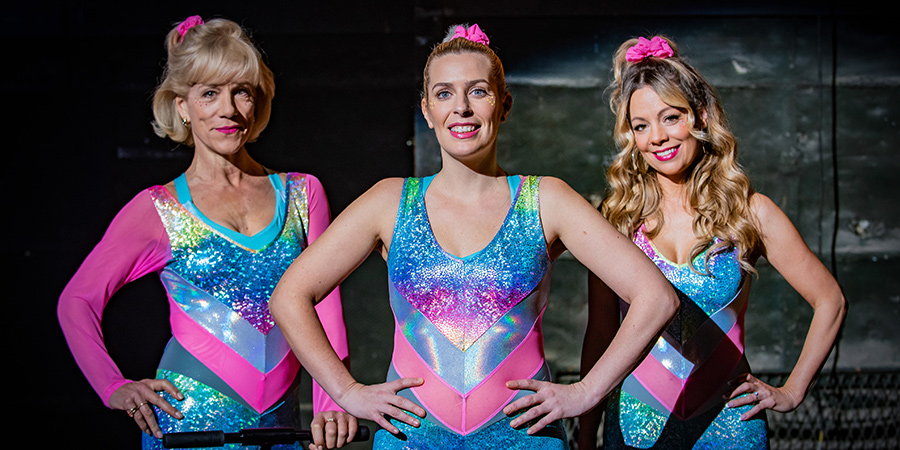 Sara struggles to congratulate her sister Lucy on her engagement. That's because love is just the result of hormones and neurotransmitters - nothing to do with her being dumped.

This episode is dedicated in loving memory of Miles Ketley.

The comedian talks to Isobel Lewis about playing herself in her new sitcom opposite King Joffrey from Game Of Thrones, the future of left-wing comedy on the BBC and why society sees people who have abortions as selfish.

TV: Out Of Her Mind, BBC Two

Sara Pascoe's self-penned new comedy is not backwards in coming forwards. As she says at the start. "I am going to destroy your faith in love." Mrs Brown's Boys this ain't then. But it might just be my new all-time favourite sitcom.

She put her love life on stage. Now the comedian has put her family on TV in new sitcom Out Of Her Mind. What on earth was that like for her parents and siblings, asks Dominic Maxwell.

As opening lines go, 'My name is Sara Pascoe and I'm going to destroy your faith in love' is as bold and unambiguous a statement of intent as you can get. And hardly the usual manifesto for what's ostensibly a sitcom about relationships.

Continuing the recent surge of strong, female-led series, this six-parter highlights the distressing side of long-term singledom, via sharp, fourth wall-shattering observations.

Out of Her Mind, BBC2, review

Sara Pascoe's series is a bitty mix of jokes, science and skating.

Out Of Her Mind, Series 1 review

There's a nasty sexist streak throughout: all the women except Sara just guzzle white wine between their Zumba classes. And what Juliet Stevenson is doing in this sitcom sludge is hard to imagine, unless she wanted to prove she can do an Essex accent.

Out Of Her Mind: sitcom has cynicism that wears thin

The comedian's new BBC show follows other confessionals like Fleabag and I Hate Suzie, but it isn't entertaining because you don't see yourself in it, says Charlotte Cripps.

Out Of Her Mind takes us down the rabbit hole

In spite of Sara repeatedly reminding us it is her programme, she has written a script that allows the entire cast to shine.

TV review: Out Of Her Mind

Sara Pascoe tries to destroy your faith in love with new sitcom.