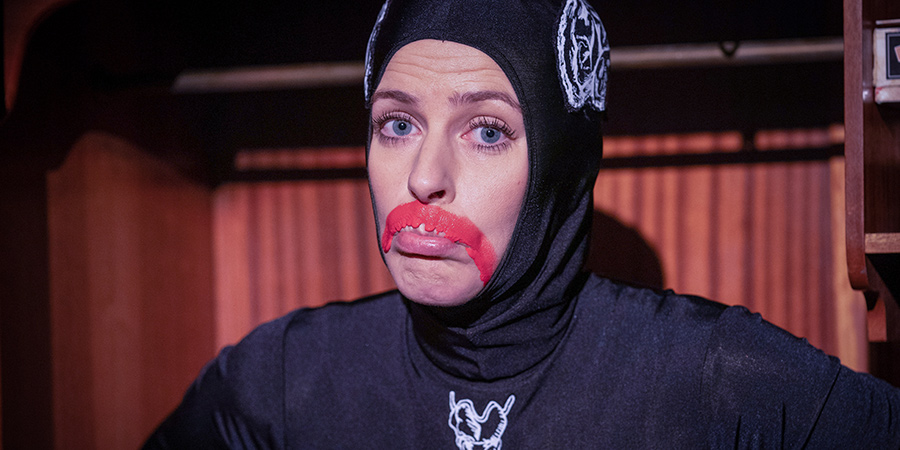 Sara organises a baby shower for Scoopy to prove she does not make everything about her, and is visited by a ghostly reminder of her own pregnancy.

Sara decides to celebrate being single while surrounded by round pregnant women at Scoopy's baby shower, the surprise party that she has badly planned, doesn't understand and hasn't provided any soft drinks for. She reflects on the science behind menstruation, and all the babies make Sara think about the termination she had when she was younger, causing her to conjure up the ghost of her abortion - Casper - who is now 16 years old and appears disappointed with her.

Meanwhile, Lucy is broody and wants a sibling for her daughter Marie, whilst Luna is relieved to find out that she's not pregnant. Carol continues to demonstrate a breath-taking lack of nurturing maternal behaviour.

Scoopy would rather go to work than attend an antenatal class with her husband Steve, who takes Stefan along in her stead. They are both horrified to find out the reality of labour. Steve tries to get Scoopy engaged in her pregnancy but has to pretend he s taking her to breakfast to get her along to her own baby shower. During her inappropriate baby party, Scoopy finally admits to Sara what she's afraid of.

A drunken and emotional Sara is tricked into agreeing to be Lucy's best man. She then blows it by accidentally revealing to Marie that Lucy nearly aborted her.