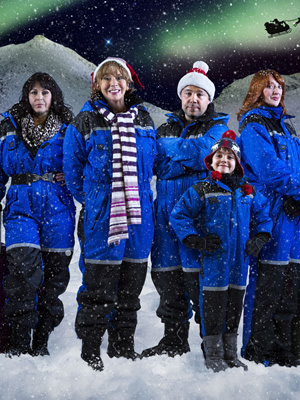 BBC One has announced that it has commissioned a full series of Lapland, a 'heart-warming' comedy series starring Sue Johnston.

A one-off special edition of the comedy drama was broadcast last Christmas Eve, and whilst the programme - originally commissioned at 90 minutes but edited down to 75 - attracted some negative reviews, over 6 million viewers tuned in to watch the Lewis family from Merseyside travel to Lapland for a festive family holiday, in one of the festive period's most coveted slots.

The BBC has now confirmed that it has ordered a 6x 30 minute series, following the family back in the UK. It is not yet known what the programme's new title will be.

Royle Family star Sue Johnston leads the cast as Eileen Lewis, the recently widowed matriarch of the chaotic Lewis clan, a large, close-knit and dysfunctional Northern family. The trip to Lapland depicted in the Christmas special changed Eileen's outlook on life and left the newly widowed pensioner determined to live life to the full rather than 'sitting in the corner dressed in black'. However, life back in Birkenhead proves a little less inspiring than the spectacular vistas and Northern lights of Lapland.

The series will centre on Eileen's struggle to find her own peace and joy in life whilst often confounded by her self-centred children and loveable but trying grandchildren, after husband Ted's death.

As was the special, the series will be written by Michael Wynne, whose previous credits include Eyes Down and The Priory, and produced by Rosemary McGowan (Jonathan Creek).

BBC Executive Mark Freeland says "After its rating success last Christmas, it's exciting that Lapland is coming back as a series. It shows BBC One backs fresh, new, comic writing."

Lapland will be filmed in Salford, Manchester, Liverpool and Birkenhead from later this month, and is being lined up for broadcast in early 2013.

Below is a clip from the Christmas special, in which the Lewis Family nearly miss their flight: 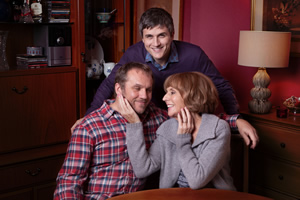