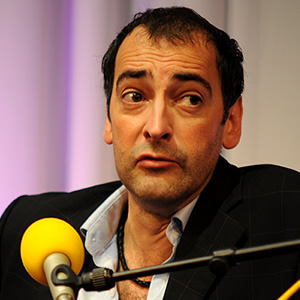 ITV1 has ordered a brand new "sports entertainment" series, which will be hosted by impressionist Alastair McGowan.

You Cannot Be Serious! will be produced by Avalon Television, the company behind Harry Hill's TV Burp, and is described as "a topical sports entertainment series which will mix clips, sketches and impressions". A non-broadcast pilot was recorded in September.

Avalon say: "You Cannot Be Serious! will skewer all the funniest, quirkiest, and silliest clips from the week's televised sport as well as allowing Alastair McGowan to write new sketches and work on new impressions for TV."

Despite having parted company with Avalon last year over his decision to end TV Burp, Harry Hill will act as executive producer on the new 6-part series.

You Cannot Be Serious! - which has already been dubbed by some as Alistair McGowan's Sport Burp - will not be the first time that the comic and impressionist has worked with Harry Hill. The pair first teamed up for Hill's broadcast debut, in 1992's Radio 4 sketch series When Harry Met Ally - the same year that Hill won the inaugural Edinburgh Comedy (Perrier) Award for Best Newcomer.

The new series will be broadcast later this year. The British Comedy Guide understands that the format is very similar to TV Burp. 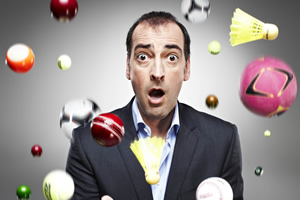 You Cannot Be Serious!