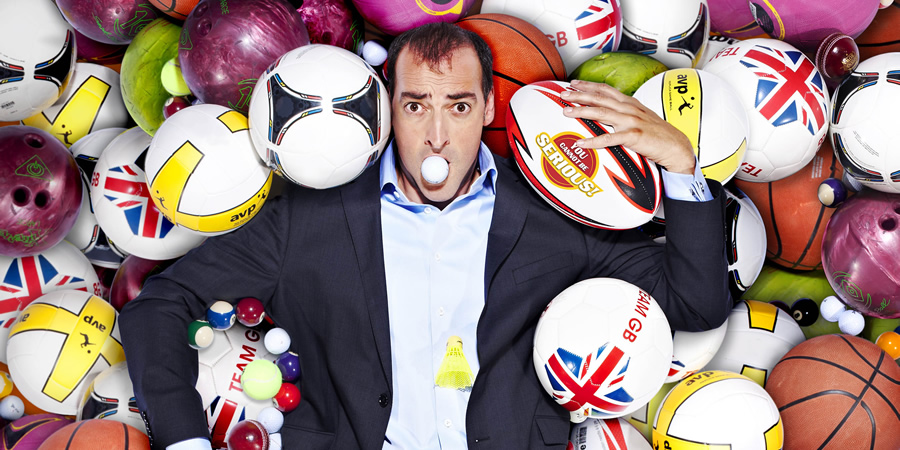 You Cannot Be Serious!

Dropping straight into the busiest weeks of the sporting calendar, You Cannot Be Serious! is a peak-time topical entertainment show that mixes clips, sketches and impressions.

Skewering all the funniest, quirkiest, and silliest clips from the week's televised sport, the show also sees legendary sports fanatic Alistair McGowan write new sketches and work on brand new impressions for TV for the first time in eight years.

As the show is totally topical there's no knowing exactly what will feature, but viewers can expect a hilarious take on the week's biggest, best and most talked about sporting events. With Euro 2012 Football, Wimbledon and Test Cricket, not to mention the frenzied build-up to the London Olympics, there's sure to be plenty of mishaps, bizarre news and sports stars like Robbie Savage, Gareth Southgate and Roy Hodgson for Alistair to impersonate, as well as deliver a trademark light ribbing to.

Not just a show for the hardened sports fanatic however: expect Alistair to impersonate a host of other showbiz favourites like [pLouie Spence], Peter Andre and Jessie J who all shoulder their way into the You Cannot Be Serious! world to add their particular spin in some surprising sports situations.

Alistair McGowan said: "I've always had more feedback about my impressions of sport stars than anyone else and it's been brilliant to be working on a new generation of people we see on TV all the time. This show won't just be for the sports nuts though and I'm really looking forward to putting some surprising showbiz faces into the middle of it all too."