Eggs Collective have landed a BBC comedy about the "fantasies and guilty pleasures" of a faded romantic hotel, British Comedy Guide can exclusively reveal.

Sara Cocker and Léonie Higgins, directors of the Manchester-based theatrical group, have written and co-star in Silky Hotel, coming to iPlayer later this month.

Starring Susie Blake (Victoria Wood As Seen on TV) and John Henshaw (Early Doors) as romance gurus Barbara Blah and Jim Knightshade, Silky Hotel wants to be seen as the world's most amorous stay (this side of the M55), but is having to take desperate action to keep itself in business.

Guests are reassured that "from the billowing gauze of The Meatloaf Suite to the twinkling lights on The Kem & Amber Terrace, every detail has been designed with obsessive care. This is the only hotel where you'll find the original tent peg from Brokeback Mountain and the air is infused with the delicate aroma of oysters - prepare to smell the love."

Nevertheless, Silky's is in trouble. Bookings are down, and unbeknownst to Jim, the debt collectors are closing in. In a last-ditch effort to save it, Barbara takes a punt on an advert in the local paper: "TV show wants the world's most romantic hotel."

When flashy producer Coral (Cocker) arrives, Jim and Barbara must wrangle their motley crew of staff to ensure they make it onto television. If they fail, it could be check-out time - for good. 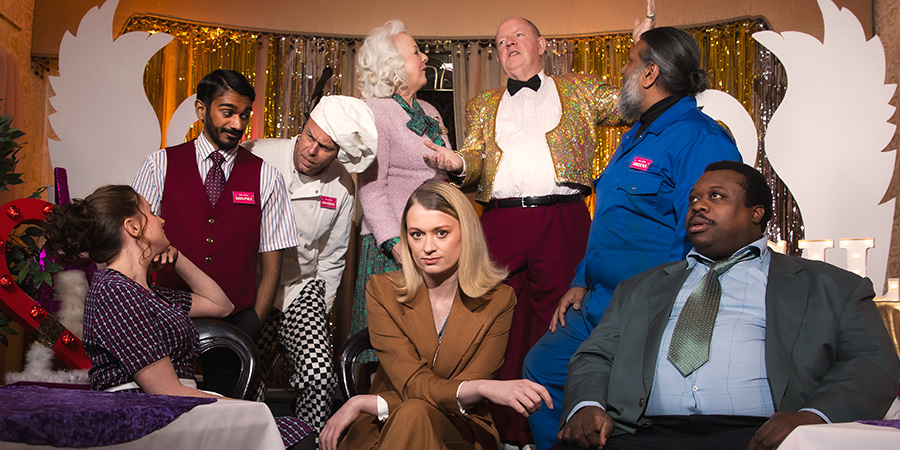 The Manchester-shot comedy is directed by Tommy Gillard, whose short Shuttlecock aired as part of the BBC's Festival Of Funny in March, and is still available on iPlayer. The producer is Loran Dunn (A Deal With The Universe) for Delaval Film and Eggs Collective.

"With Silky Hotel, we wanted to create this world that feels sort of fantastical, but also like you could check-in to it right now if only it was listed on Google Maps" Eggs Collective told BCG. "It's a reflection of some of our real-life experiences, but also an excuse to delve into some of our absolute fantasies and guilty pleasures.

"We collaborated with director Tommy Gillard and Loran Dunn from Delaval Film, who put together really great crew to bring the world to life. It's the first time we've written for a cast that's not just us, so it was quite surreal working alongside the brilliant actors who made up the Silky gang.

"It was mid-pandemic, it was snowy outside, but there was a real warmth on set. We really hope that people will love Jim, Barbara and Silky's as much as we do."

Eggs Collective previously adapted their Edinburgh Fringe show Get A Round for BBC Two in 2017 and created the mini-series Smile Love It Might Never Happen for iPlayer in 2019, with both earning nominations for best comedy programme at The Royal Television Society NW Awards. 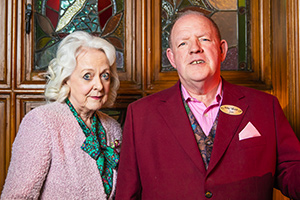