BBC sitcom Witless is getting an American remake, British Comedy Guide can reveal.

The witness protection comedy's creators, Lloyd Woolf and Joe Tucker, are writing and executive producing the US version with Emily Heller, whose credits include writing and producing hitman-turned-actor sitcom Barry.

CBS Studios have optioned the rights to Witless, which starred Kerry Howard and Zoe Boyle (pictured), following similar recent deals for the BBC comedies Ghosts and We The Jury, James Acaster's 2016 pilot, which was not picked up for series in the UK.

The Witless remake is being developed by Will Ferrell and Adam McKay's production company Funny Or Die (Drunk History) with Objective Fiction, who made the original series.

Focusing on flatmates Rhona and Leanne, who enter a police protection scheme after witnessing a gangland shooting, Witless ran for three series on BBC Three between 2016 and 2018 and was repeated on BBC One, earning a Rose D'Or nomination for best sitcom.

Speaking in 2017, Howard suggested that the third series would be "the end of the saga but maybe not necessarily the end of Rhona and Leanne.

"Because during this trilogy, there have been no time lapses at all" she told Radio 4 Extra's Comedy Club Interviews. "And I like the idea of revisiting these characters older, say Rhona's married with kids and Leanne pops up on her door ... and brings her back into trouble."

However, BCG understands that Howard and Boyle are not currently involved in the remake, with casting yet to be undertaken. 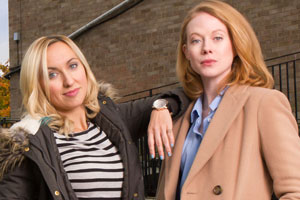