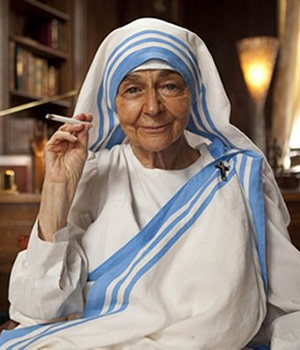 Sky Arts has ordered a full series of Psychobitches, a sketch show that 'puts history's most famous women into the psychiatrist's chair and shines a spotlight on their psychoses and obsessions'.

Similar in format to 2005 sitcom Help, the programme was piloted earlier in the year as part of the channel's Playhouse Presents strand of one-off comedies and dramas.

The commission has yet to be officially announced by the channel, but news leaked out at The British Comedy Awards last night.

Rebecca Front, who picked up the Best Actress prize for her role in The Thick Of It, was remaining tight-lipped backstage about upcoming TV work. She told British Comedy Guide: "I'm not allowed to say what I'm working on as it hasn't been announced, but there are a lot of women in it. Just everyone who has come in has been the funniest women. Frances Barber came in the other day and was hilarious - I could barely speak I was laughing so hard."

However, it was Jack Whitehall who let slip that Psychobitches was returning. Asked about a Twitter comment revealing that he'd shaved his legs for a sketch show, he revealed: "I play Princess Diana in the up-and-coming Psychobitches on Sky Arts. GREAT show; created by Jeremy Dyson who co-created The League Of Gentlemen. I appear in one sketch as Lady Diana, and I think it's worth watching." The comic, who was named King Of Comedy at the ceremony, added: "Me as Diana - it's not disrespectful!"

The full series of Psychobitches, from Tiger Aspect Productions, will air on Sky Arts in 2013.

Sky Arts has confirmed that Psychobitches has been ordered for a series, to air on the channel in 2013.

The series will also include characters from Jack Whitehall, Harry Enfield and reunites the League of Gentlemen team: Mark Gatiss, Reece Shearsmith and Steve Pemberton.

Jeremy Dyson (The League Of Gentlemen) will once more direct.

Sky's Lucy Lumsden says: "We are very proud of Psychobitches, a honeypot for our funniest comedy actresses. A treat for 2013." 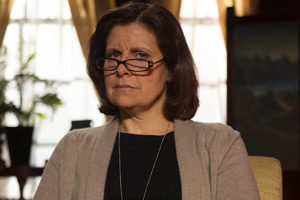