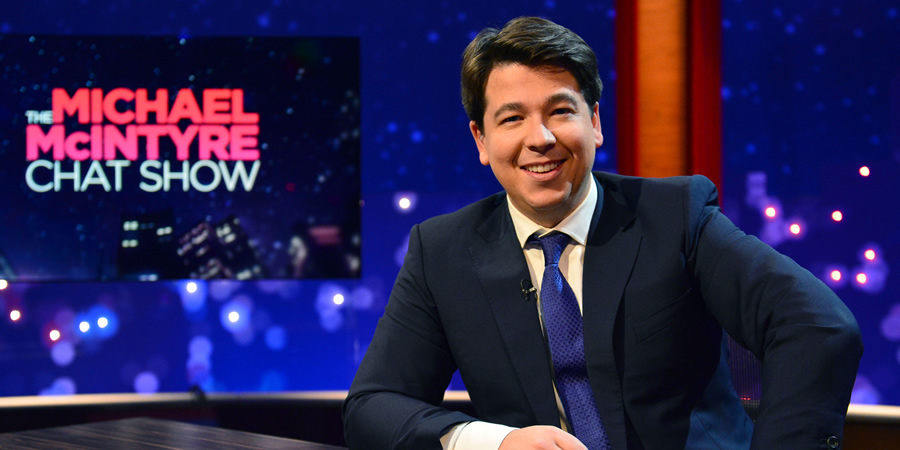 Michael McIntyre hosts a chat show on BBC One. He talks to celebrity guests and plays the game 'send to all'

In his new role as chat show host, The Michael McIntyre Chat Show sees Michael sit in the interviewer's chair for the very first time. Michael brings his unique and hugely popular brand of comedy to each episode, once again firmly establishing him as one of the world's most popular and successful stand-up comedians.

Michael McIntyre says: "From my very first conversation I remember thinking, 'This should be televised!' Well now the British Broadcasting Corporation has made my dream a reality. I am overwhelmingly excited about meeting and having fun with my favourite celebrated people on The Michael McIntyre Chat Show."

Michael also regularly plays a game of 'send to all', in which he takes the mobile phone of a member of the audience, composes a message that would be out-of-character for the owner to write, then sends it to everyone in the address book. Later, he reads out some of the replies.