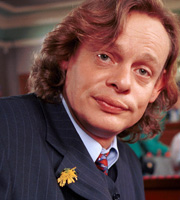 Gary is having a relationship with Dorothy, although he still looks at other women (a lot) and wishes he had more sexual partners. He owns the downstairs flat of the house where most of the action is set, but needs a lodger to pay the bills and have late night chats with. In the old days this was Dermot, who fancied Debs and had personal hygiene issues. Tony is his new mate and has lived with Gary for 5 years.

He is the office manager of a small security company, and is in charge of Anthea and George who he is constantly mean to. His hobbies include going to the pub and playing his home made board game 'What's that smell'. Apart from Tony he only has two friends, both of whom are called Clive! 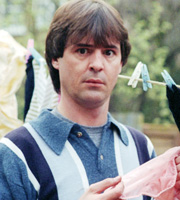 Tony came on the scene in Series 2 and is the lodger helping Gary pay the bills but has yet to pay a penny in rent. In the old days Tony owned his own music business, but it collapsed. There was a high wind and, well, the stall blew down.

Tony spends most of his time with Gary down the pub, and even worked there for a while before becoming a postman (which earned him the nickname 'Nobby No-mates'). He also spends much of his time trying to impress Debs, by tattooing himself, offering to shave his pubic hair and buying her hundreds of Christmas presents (all of which Gary paid for because Tony let him borrow a Polaroid of Debs's bottom!). 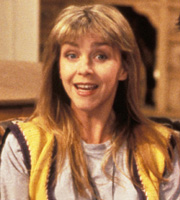 Deborah owns the flat above Gary, in fact one of the bedrooms is directly above Tony's. He informed her of this when he was concerned that his late night bongo playing would disturb her!

She used to be the manageress of a sleek wine bar until she was made redundant and has since tried other jobs as well as being a student. Debs is constantly made aware of Tony's affections towards her but can never decide which is better - being lonely or being with Tony.

She usually decides on the former after his attempts at impressing her don't... well... impress! She is lucky when it comes to men and has had many boyfriends over the years, all of whom Tony has managed to drive away. 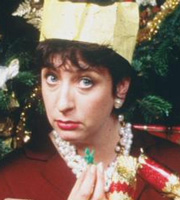 Dorothy is Gary's long-suffering other half. She has been going out with him for a long time now, and so knows him back to front and inside out. She knows he is pompous, a liar and a potential cheat. Although they were together for many years, Gary refused to let her live with him as he feared it may interfere with his and Tony's late night chats. He eventually relented and let her move in; this was partly due to the fact that they had just had a baby.

Dorothy works at the local hospital as a nurse and once had a brief fling with a male colleague, who she took to Deb's dinner party. This was later interrupted when Gary burst in with a chainsaw to 'divide' the items they accumulated as a couple.

George is Gary's assistant at the security company.

Devotedly married to Marjorie, you know who is in control. In his younger days you get the impression he was a bit of a raver. In fact, when it came to women in the past, he was "like a rat up a drainpipe".

Now that he is older, George is a bit of a plodder and his idea of going mad is having 2 biscuits. He and Anthea are good friends and often join forces to complain to Gary, who generally isn't interested in anything they have to say.

Anthea is Gary's secretary at the Security Company. She lives with her sister and has only fallen in love once in her life, but it came to a bitter end when he pulled her pigtails in the playground!

Unlike George, you get the impression that she is actually quite good at her job, and Gary really cannot run the office without her, as was illustrated when she once resigned and he was forced to do his own typing. This didn't last long as he threw the typewriter out of the (closed) window.

Gary is constantly short tempered with Anthea and likes to punish her by such means as locking her in the stationery cupboard or taking away the light bulb in her office so that she must type whilst holding a torch.

Les was the landlord at Gary and Tony's local watering hole, The Crown.

On the face of it incompetent, Les actually seems to know what he's doing as a landlord. His real problem is his personal hygiene, which is basically non-existent. He once ran a promotion at the pub, 'Beers of the world' with such eloquently named drinks as 'Binki', 'Sod' and 'Plop', which (of course) Gary and Tony sampled.

Ken took over as landlord of The Crown when Les left, although he only got the job because his brother was sleeping with the manageress of the brewery.

He hasn't got a clue about drinks or how to run a pub, something that Gary and Tony take full advantage of. In fact they tell him that it is customary to give them free drinks if they are not happy with the ones just consumed.

When he took over, Ken decided to have the pub decorated exactly the same as it looked in an old black and white photo he found. Gary later pointed out to him that the photo was in fact taken only a year earlier by Les at his 'Free Nelson Mandela Night', and that Tony could be seen in the background balancing a pint on his head. 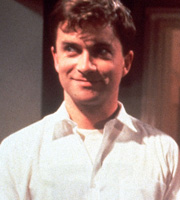 Dermot was Gary's flatmate in Series 1.

Like Tony, he was a bit of a slob and spent much of his time chasing after Debs. She quite liked him at first and even came over for a romantic evening of candlelight, dinner and music only to discover his true intentions. He worked in a furniture store but was sacked for dangling a customer by the ankles.