Just before Angus and Helen's wedding, it's Evie's birthday; she plans to tell Dylan about her feelings, but there's a surprise party about to be sprung... 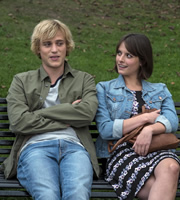 In a flashback to three years ago, just before Angus and Helen's wedding, it's Evie's birthday. Evie plans to tell Dylan about her feelings for him over a quiet meal, but before she has a chance, Dylan reveals all of their friends are hiding in the wings to surprise her, including Dylan's girlfriend Jane and Jonno, a horribly incompatible date that Luke has brought along for Evie.

An unfortunate sexual mishap occurs mid-dinner between Jane and Dylan in the loo which results in the gang spending the night in A&E.